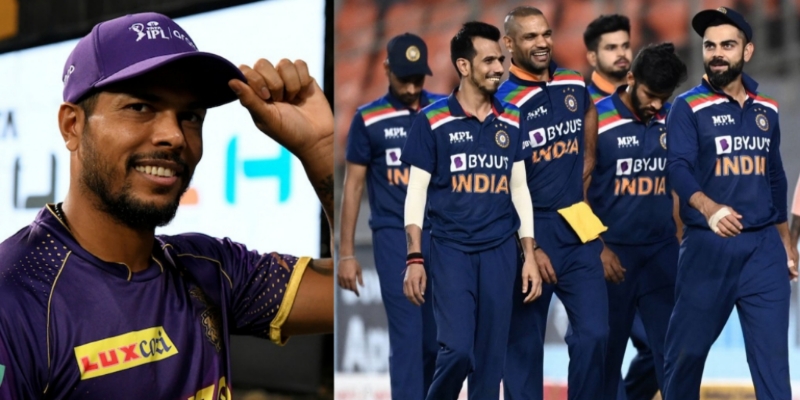 Indian pace bowler Umesh Yadav is in excellent form with the ball in the ongoing Indian Premier League (IPL) 2022. Representing Kolkata Knight Riders (KKR), the right-arm pacer has bowled flamboyantly with the new ball, and has been instrumental in winning 3 out of 6 matches for his franchise in the ongoing IPL 2022.

Umesh Yadav, by performing well in IPL 2022, would like to open the doors for selection for the upcoming T20 World Cup 2022 to be played in Australia later this year. It it to be noted that the pacer has not played T20 International cricket for India for more than three years.

Finally, Umesh Yadav himself has reacted on the possibility of making it to the Indian cricket team for the T20 World Cup 2022 after his impressive performance in the ongoing Indian Premier League 2022. The veteran fast bowler said that he is setting small goals for himself, and accordingly he is doing his planning.

Umesh Yadav was quoted by Times of India as saying that he has not thought of the T20 World Cup 2022 yet and all depends on the selectors and the team management. He added that India will play a number of limited overs matches before the mega event and he has plan to be a part of those squads first and perform there.

But he also added that the T20 World Cup is on his mind, but as a cricketer, he has set himself small goals and try to achieve them in first.

“Of course, the World Cup remains at the back of my mind, but as a cricketer, I set small goals and try to achieve those in phases,” said Umesh Yadav.

He further said that he always believes in keeping things simple and haven’t done much, but have worked on his weaknesses in between and focused on his strengths. He then wrapped off saying that one have to have a big heart to play in IPL because there is every chance of getting hit someday but it is important that one must not lose his focus and keep a strong mind.

Here’s why Hardik Pandya is not playing against Chennai Super Kings; Rashid Khan confirms
“Rohit Sharma is an issue” – Michael Vaughan hits at Rohit Sharma and Mumbai Indians after failure in IPL 2022
To Top