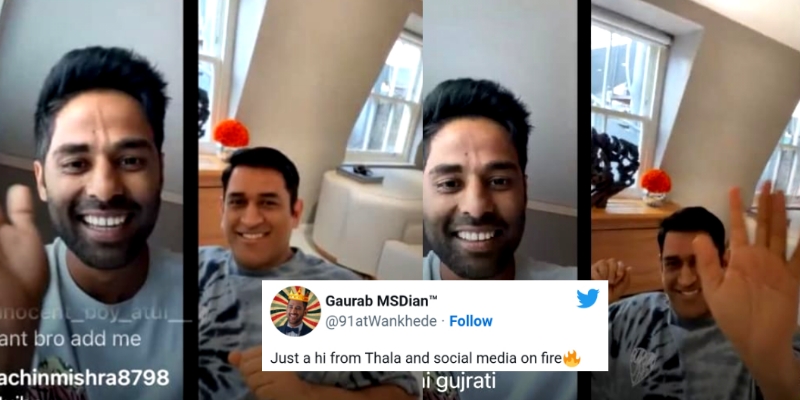 The current India wicketkeeper batsman Rishabh Pant held a hilarious live session with India teammates Rohit Sharma and Suryakumar Yadav. During that session, they interacted with the fans.

However, during a moment of the video, Sakshi Dhoni joined the live and introduced everyone who were present there, including the former India captain MS Dhoni.

It was just a cameo from Dhoni who quickly turned away the phone. During the session, Pant asked Dhoni to stay on camera but he instantly turned it off.

Us after 3 second glimpse of MS Dhoni ❤ pic.twitter.com/ZHjzO8Z2Q3

It is only 2 or 3 second of live and now trending Dhoni just wow!!!!! 🔥
It's power of MS Dhoni.@msdhoni | #MSDhoni | #Dhonipic.twitter.com/stKmDVLtpY

3 seconds are enough to break the Internet. 👑⭐💎