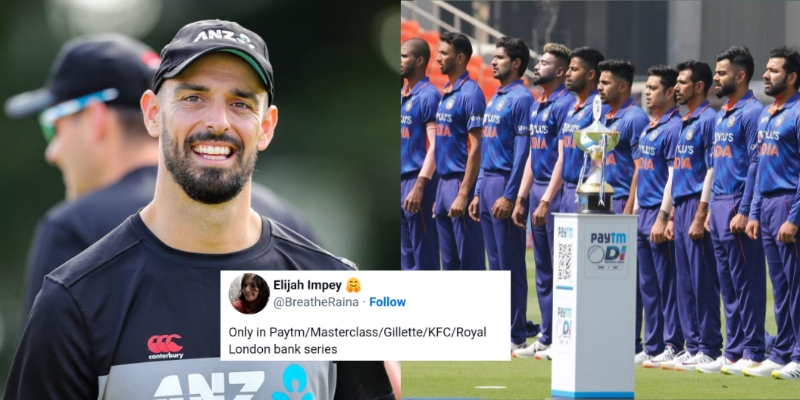 Despite the Indian Premier League (IPL) being the world’s biggest T20 cricket league in the world, the Indian team’s performance in major ICC tournament has not reflected the success of IPL.

Since India’s last 2011 Cricket World Cup win, the team has reached the knock-out rounds multiple times, but have failed to grab a hold of the Trophy. The last ICC Trophy that the Indian team has won is the ICC Champions Trophy in 2013 under the leadership of MS Dhoni.

However, despite the team’s failure in the bigger ICC tournament, Team India is still one of the best team in the world and wins any Bilateral series with ease sometime.

Meanwhile, Kiwi cricketer Daryl Mitchell recently commented that the Indian team is the best team in the world. However, this statement didn’t go well with the Indian fans as they are upset with the team’s performance in the main tournaments rather than some normal Bilateral series.

Daryl Mitchell said – "India is the best cricket team in the world". (To Hindustan Times)

Only in Paytm/Masterclass/Gillette/KFC/Royal London bank series

We r the best … but we don’t win any major trophy…. Hahaha everyone just makes the BCCI happy fr money … someone should tell the truth.: we r best only in bilaterals .. when. It comes to tournaments we choke… period 👎👎👎👎👎

sadly only in bilateral and paytm series 😭

“I have to disagree here, Siraj deserved it more than anyone” – Twitter reacts as Suryakumar Yadav is named Player of the Series for the T20I series between India and New Zealand