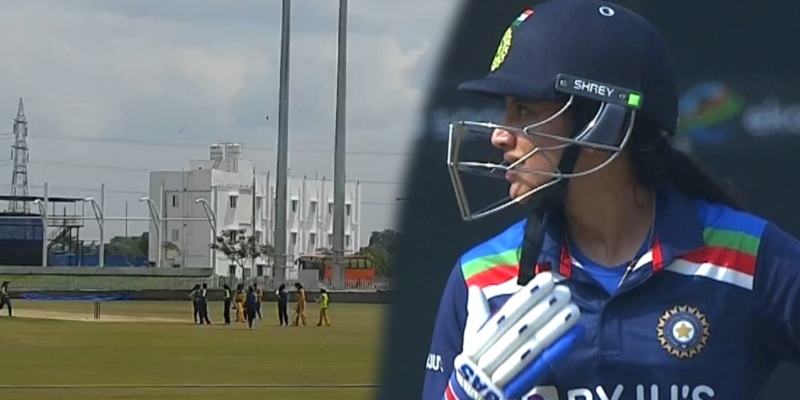 India women’s team opening batter Smriti Mandhana was seen arguing with players during a match in the ongoing Senior Women’s T20 League trophy between Maharashtra and Rajasthan. Mandhana was run out at the non-striker’s end for going too far beyond the crease even before the bowler had bowled.

Smriti Mandhana was not happy with the way she got out and because of which, she was seen getting into trouble with the players of the opposition team.

Mandhana has achieved a lot since making her international debut at a very young age and is now an integral part of the Indian women’s team.

The left-handed batter has played four Tests, 71 ODIs and 84 T20Is so far and has already scored over 5000 runs across all formats. The 25-year-old was recently a part of the Women’s World Cup campaign in New Zealand, where the Indian team failed to make it to the semi-finals.

As for match between Maharashtra and Rajasthan, Mandhana was batting on 28 when bowler KP Chaudhary got her run out in a controversial manner at the non-striker end. He left her crease way before the bowler bowled the ball, which is also called Mankading.

Smriti Mandhana gets out at the non-strikers end. 🤜🤛

Mandhana wasn't happy, had some heated discussion with Rajasthan team, then with Jasia Akhter.

Maharashtra were chasing just 103 runs and hence, the run-out had no major impact on the game, and the team won by eight wickets. However, there have been cases in the past when such run outs have been too heavy for some teams.

Let us tell you that the Marylebone Cricket Club (MCC) has recently declared Mankading a legal wicket. According to the new rules of MCC, if the bowler dismisses a batsman through Mankading, then he will be right according to the rules. Earlier it was covered under Rule 41 and then it was not considered as fair play. However, this has now been included in Rule 38, which is a general run out rule.