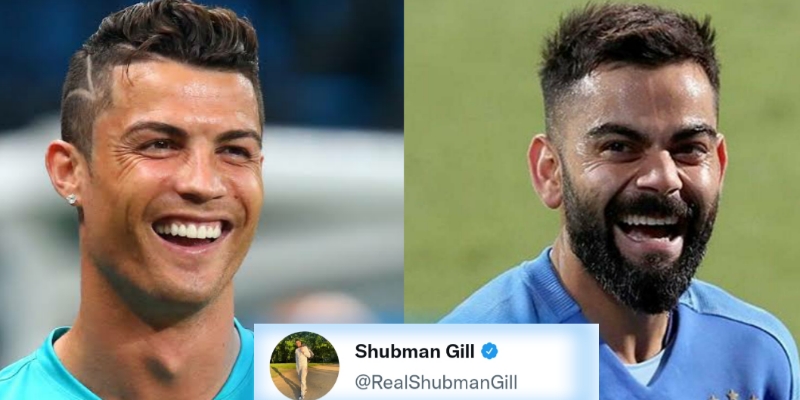 It has been the most trending topic on social media for the past couple of hours, or I say a day, that both the Cristiano Ronaldo and Virat Kohli, two of the best in their respective sport, are in Manchester.

Virat Kohli and the entire Indian cricket team is in Manchester for the 5th and the final match of the 5 match Test series against England which will be played from 10th September, while Cristiano Ronaldo has just recently joined Manchester United football team and is likely to play in Manchester United’s next match.

People in social media have gone crazy after hearing that two of the best athletes in the world are together in the same city, in Manchester. Fans of respective sport have demanded either to Manchester United or to the BCCI that both the players be captured together. Manchester United too have reacted to the news.

Along with the fans, many well recognised sports persons have also commented on the news that both the players are in the same city. And one of the those sports person is Indian Cricket Team and Kolkata Knight Riders’ opening batsman Shubman Gill.

It is not unknown anyone that both Cristiano Ronaldo and Virat Kohli are both one of the best athletes in world and is one of the best in their respective sports as well.

Virat Kohli is bestowed as the King for his remarkable performance with the bat for the Indian cricket team as well as his IPL franchise Royal Challengers Bangalore. While Cristiano Ronaldo has made a name for himself as the world’s one of the greatest striker ever. This will be the 2nd time that Cristiano Ronaldo will be playing for Manchester United after he basically started his professional football career at this very club.