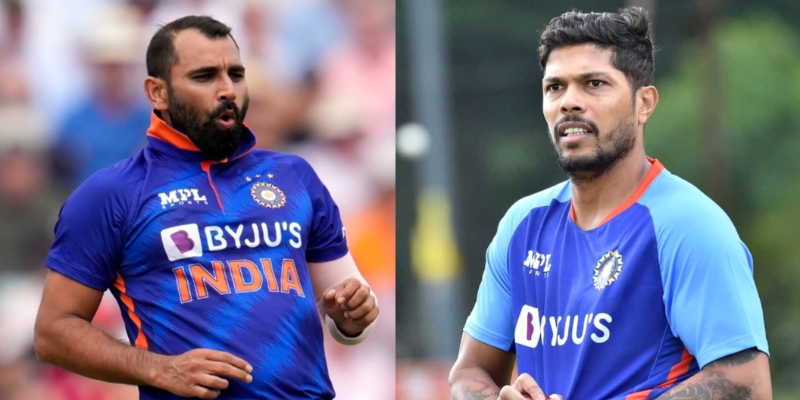 The Board of Control for Cricket in India (BCCI) has made three changes to the Indian team for the upcoming T20I series against South Africa, that actually begins from tonight itself. Let us tell you, Deepak Hooda, Hardik Pandya, Bhuvneshwar Kumar and Mohammed Shami have been ruled out of the team due to different reasons and fast bowler Umesh Yadav, batsman Shreyas Iyer and all-rounder Shahbaz Ahmed have been included in the team in their place.

Deepak Hooda will miss the series due to a back strain injury while Mohammed Shami is yet to recover from COVID-19. As far as Pandya and Bhuvneshwar are concerned, both the players are currently at the NCA, having a rest and preparing for the T20 World Cup 2022.

Arshdeep Singh, who was ruled out of the recently concluded T20I series against Australia, has also joined the squad and may replace Bhuvneshwar Kumar in the playing XI.

Shreyas Iyer is one of the reserve player in the T20 World Cup 2022 squad and will look to do his best if he gets a chance. Umesh Yadav and Shahbaz Ahmed would also like to perform well but both of them are finding it difficult to play in the first T20I itself. The Indian team recently defeated Australia 2-1 and now they would like to continue the same performance in the series against South Africa.

Let us tell you, T20 World Cup 2022 is going to begin from next month and the tournament is very important for both India and South Africa. While on one hand Rohit Sharma and the management will field their best playing XI against South Africa, on the other hand the Proteas will also take the field to give a tremendous fight to the Indian team.

After the T20I series consisting of 3 matches on the 28th September, 2nd October and 4th October, the two teams will also play a 3 match ODI series starting from 6th October. Meanwhile, T20 World Cup begins from the 16th of October.

“Thank you for love” – Irfan Pathan replies to a fan blaming MS Dhoni for ruining his career
Rest of India squad announced for Irani Cup 2022 returning after 3 years; India international captains the team
To Top