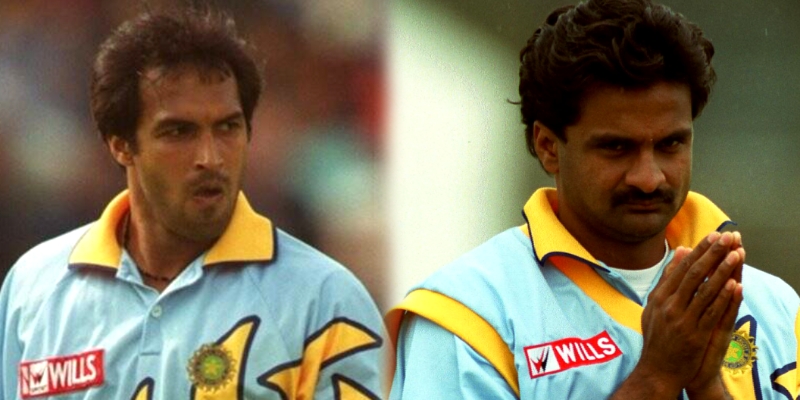 The Indian cricket team has seen a lot of great cricketers over the past several decades. These include many great players like Sunil Gavaskar, Kapil Dev, Mohinder Amarnath, Dilip Vengsarkar. The era of these players was quite different.

The first name in this list is of former Indian player Robin Singh. Robin Singh was such a player who could become a superstar player even in today’s T20 era. Robin finished a lot of matches for India with his orthodox batting stance and strong bottom hand.

Robin Singh used to run very well between the wickets as well. Apart from all this, Robin Singh was also a very good fielder. He scored 2336 runs in 136 ODIs for India at a strike rate of 74.30. Robin was also the fifth bowling option in the Indian cricket team and took 69 wickets in his ODI career at an economy rate of 4.79.

Javagal Srinath was one such player from India, who did not get as much recognition as he deserved. In the good old days, India’s fast bowling was not as great as it is today. Even in that period, Javagal Srinath along with Venkatesh Prasad destroyed the batting line-up of many opposing teams.

The Karnataka pacer made his debut in 1991 and took 315 wickets in 229 ODIs at an economy rate of 4.44. He also took 236 wickets in 67 Test matches. So, there is no doubt that Javagal Srinath could have proved to be a lethal bowler in the T20 format as well.

Former Indian cricket team captain Mohammad Azharuddin is anothe of those players who could have proven their worth in T20 cricket. The Hyderabad batsman showed his talent to the world by scoring three consecutive centuries in his first three Test matches.

The second Test match of the India-South Africa series held in 1996 was one of the best innings of Azharuddin’s career as he scored a century in just 74 balls, which is also one of the fastest centuries in Test history. In such a situation, there is no doubt that Mohammad Azharuddin could have also become a superstar of T20 cricket in the current era.