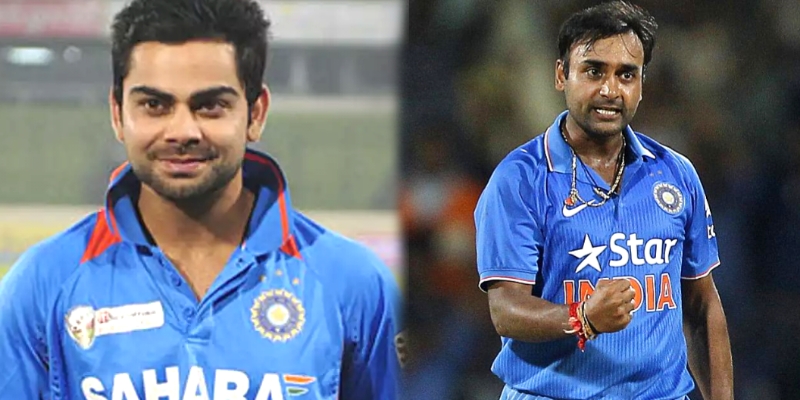 Indian cricket team is one of the most strongest and successful team in the world. The team and the country has seen some of great captains lead the team, the likes of Kapil Dev, Sourav Ganguly and MS Dhoni. However, many might not that veteran batsman Suresh Raina had even led the Indian team in number of matches.

Suresh Raina, who is also known as Mr. IPL for his performance in the competition, was Team India middle-order batsman. Raina has contributed with a lot of match winning knocks for the Indian team. He was the first Indian batsman to score a century in all three format of the game.

However, many may even not know that Raina had led the Indian team number of times when MS Dhoni would have been absent. He has led in 12 ODIs and 3 T20Is. He maintains a 100% record in the T20I, but in ODIs, Team India has won 6 times under his captaincy and lost 5 times with one match ending in a no result.

Virat Kohli is one the greatest batsman of the current generation, though he has been struggling with his form lately. However, many may not know that Kohli made his T20I debut under the captaincy of Suresh Raina in a match against Zimbabwe 2010. He scored 26 runs not out after coming to bat in at number five.

Veteran leg-spin bowler Amit Mishra is a well known name for the Indian cricket fans. Mishra made his T20I debut in the year 2010, 7 years after making ODI debut. He was featured in the very same series against Zimbabwe in 2010 under Raina’s captaincy. He took 1 wicket in the match and gave away only 21 runs.

Former Indian cricket team’s pace bowler Ashok Dinda made his One Day International (ODI) debut in 2010 in a tri-series match against Zimbabwe. Suresh Raina was the captain of the Indian team in that series. However, it was not a debut to remember for Dinda, who failed to take a single wicket gave away 49 runs in 7.2 overs.

Umesh Yadav is now an integral member of the Indian Test cricket team in the recent couple of years. He made his One Day International (ODI) debut in a match against Zimbabwe that Team India eventually lost. And just like Dinda, Umesh remained wicketless in the match.

Veteran off-spin bowler Ravichandran Ashwin made his T20I debut in the very same match as Virat Kohli. Ashwin bowled at the perfect line and length and bowled very economical. He took a wicket in the match of Tatenda Taibu and gave away just 22 runs in his four overs.

T20 World Cup winning captains: what are they upto now?
5 Players coached by Rahul Dravid who could get a chance in the Indian team in near future
To Top