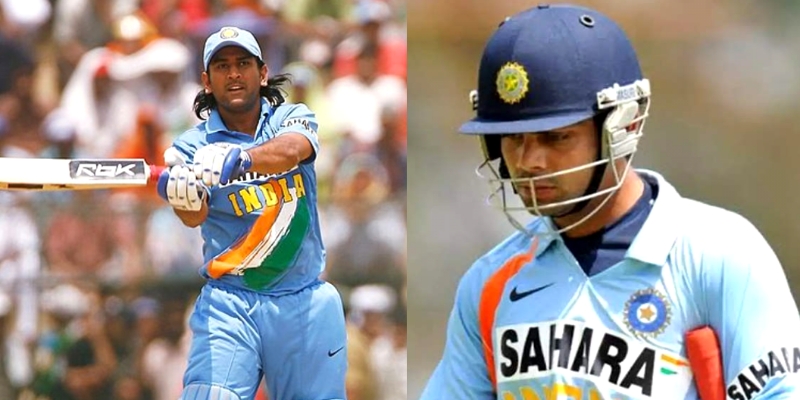 The Indian cricket team is one of the strongest and most successful teams in the world today. Today every country comes against India with its full strength and they are considered a strong contender before every ICC tournament.

At one time, world cricket was dominated by teams like Australia, England and Sri Lanka, today India has taken that place. It is really hard to beat India in India but now the team is doing well overseas also. Many players have gotten the opportunity to represent the country and some of them made their mark in the debut match itself but some players also got disappointed.

Today in this article, we take a look at 4 popular Indian players who flopped in their debut match.

Virat Kohli, who has scored numerous centuries in international cricket and ruled the world cricket as a batsman for a decade, may be counted among the greatest batsmen in the world today, but hardly anyone knows that his debut was nothing extraordinary.

Virat Kohli made his ODI debut in 2008 against Sri Lanka in Dambulla where he opened with Gautam Gambhir. In the match, Kohli scored only 12 runs in 22 balls and was LBW out off Nuwan Kulasekara’s bowling. But what Virat Kohli has done is known to everyone.

Sourav Ganguly, one of India’s most successful captains, is also one of those unlucky players who started off with a nightmare in international cricket. The left-handed batsman made his ODI debut against West Indies at the Gabba in 1992. In his debut match, Sourav was dismissed for just 3 runs. Ganguly had to wait a long 4 years for his next international match. But then, he was fully ready and built the legacy that the current generation is carrying forward.

Shikhar Dhawan, one of the most successful openers of the Indian team, is the most important part of the Indian ODI team. While he was almost out of the plan for ODIs, he is back again and seems to have again regained his position, especially after the West Indies series.

The explosive left-hand opener made his debut in 2010 against Australia in Visakhapatnam. In that ODI match, Dhawan was dismissed by Clint McKay on the second ball of the innings and was out for a duck. However, after that in 2013, Shikhar made his Test debut against Australia itself and played a brilliant innings of 187 runs and once again gave him a life-line and then he became an important member of the team.

Former captain and wicket-keeper batsman Mahendra Singh Dhoni (MS Dhoni), who took Indian cricket to the heights of success, started his career in 2004 against Bangladesh in Chittagong. In a ODI match, MS Dhoni was run out without scoring any run. No player would want such a debut for himself though.

But, instead of keeping that match in his mind, Dhoni focused on the opportunities that came ahead, and later showed his flair for years in the Indian team.