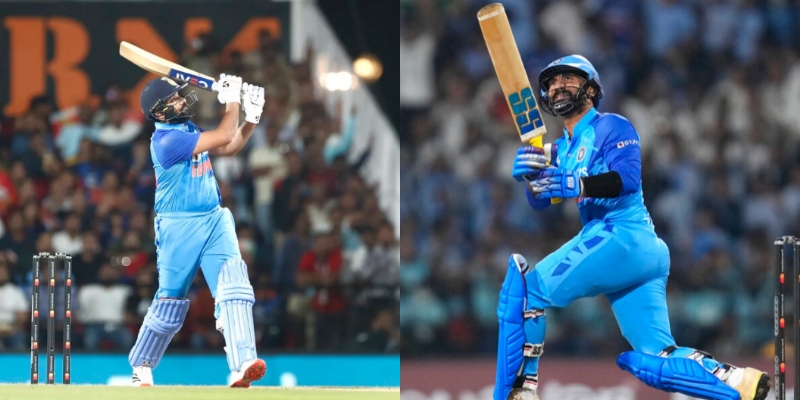 The Board of Control for Cricket in India (BCCI) announced the Indian team for the upcoming T20 World Cup on 12th September. The team management have selected a squad of 15 players for this mega event of T20 to be held in Australia but fast bowler Jasprit Bumrah has been ruled out due to injury and his replacement can be announced in a few days.

The Indian selectors have selected both experienced and young players in the team for the T20 World Cup. However, it was not an easy task for the selectors to choose the team as the fans along with the former veteran players have been surprised about some players not being selected in the team. These include the name likes of Sanju Samson, Mohammed Shami and Deepak Chahar.

The Indian team is one of the strong contenders to win the upcoming T20 World Cup 2022. India is currently ranked number one in the T20I rankings and for some senior players, this could also prove to be their last T20 World Cup.

Today in this article, let’s take a look at 4 of those Indian players who could be playing their last T20 World Cup.

Wicket-keeper batsman Dinesh Karthik is the oldest Indian player selected for the tournament. He made a comeback to the Indian team after a stellar performance in IPL 2022. After returning to the team, Karthik has also cemented his place in the team by playing some great innings.

The 37-year-old batsman was also part of the team when Team India played its first T20I match against South Africa in 2006. Young players always get more priority in the shorter format. In such a situation, it would not be wrong to say that this T20 World Cup can prove to be the last for Karthik.

Indian off-spinner Ravichandran Ashwin has worked hard to make a comeback in the limited overs format. Considering his experience and past statistics, the team management has included him in the team for the T20 World Cup. The 35-year-old spinner took five wickets in eight matches he played for India this year at an economy rate of 6.84.

Ashwin can prove to be the X-factor for the team for the upcoming T20 World Cup. But due to his age, this could be the last mega event of his T20 International career.

Right-arm pacer Bhuvneshwar Kumar has been a staple of the Indian team’s fast bowling attack for many years now. Bhuvi is also effective in taking wickets as well as bowling economical in the powerplay and death overs, but in the recently played Asia Cup and the home series against Australia, he did not show the same rhythm.

However, the selectors have given him a place in the T20I team considering his experience. The right-arm bowler has been in and out of the team for some time now due to injuries. In such a situation, Bhuvi will hardly be seen playing in the next T20 World Cup in 2024.

The current captain of the Indian cricket team, Rohit Sharma is one of the most dangerous batsmen in this format. For the first time, 35-year-old Rohit will be seen taking charge of the Indian team in the T20 World Cup.

Rohit would like to play more on both the other formats of the game in the coming days, as he has played very few matches in his Test career. With increasing age, it will not be easy for the right-hand batsman to play in all three formats. In such a situation, it will not be a surprise if Rohit retires from this format before the next edition of T20 World Cup in 2024.