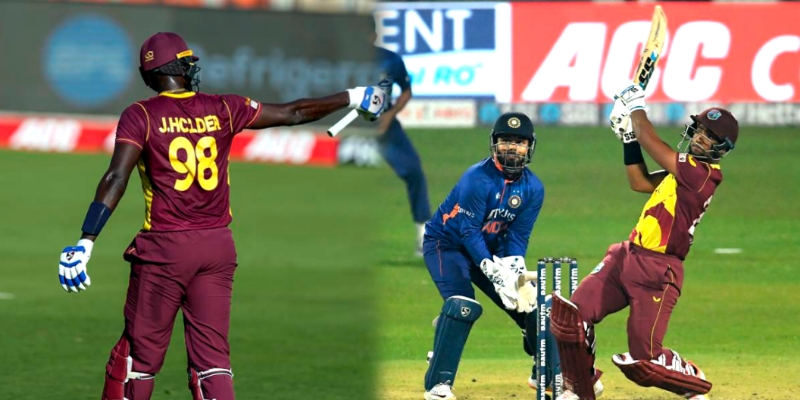 With the One Day International (ODI) series commencing from the 22nd of July, the West Indies Cricket board has officially announced the West Indies squad for the ODI series against India.

While Team India won the ODI series against England, West Indies suffered a heavy defeat against Bangladesh in the ODI series but dominated the other formats. The Men in Maroon now set to take on the Indian team beginning from the 22nd July.

West Indies have officially announced the squad that will play India. It sees former skipper Jason Holder returns into the team after rested for the Bangladesh series, while some underperforming players from Bangladesh series has been dropped from the team.

The squad is as follows:

Today, with just days left for the series, we take a look at 4 West Indies players who will be for them in the series against India.

The returning all-rounder Jason Holder will play a key role in guiding his team to victory. After missing the Bangladesh series, he is fully hit and raring to go. Holder understands the Indian team as well as the players very well. He has also got the experience of playing against them in the IPL. Holder has played 25 ODI matches against India and has scored 450 runs and taken 23 wickets.

The 28-years-old West Indies wicketkeeper batsman Shai Hope will have a huge responsibility at the top while opening, that is facing the threat of the Indian pace attack. However, Hope has a very good experience of doing that. He also has a very good experience of playing against India. He has played 20 ODI matches against India and has scored 733 runs at an average of 45.81.

West Indies’ captain Nicholas Pooran has to play a very important role if his team is to have any chance of competing strongly against the 2011 World champions. Pooran has a very good experience of playing against the Indian pace bowling attack in the IPL and that may come handy for the left-hand middle-order batsman. He has thus far played 10 ODI matches against India and has scored 354 runs at average of 44.25.