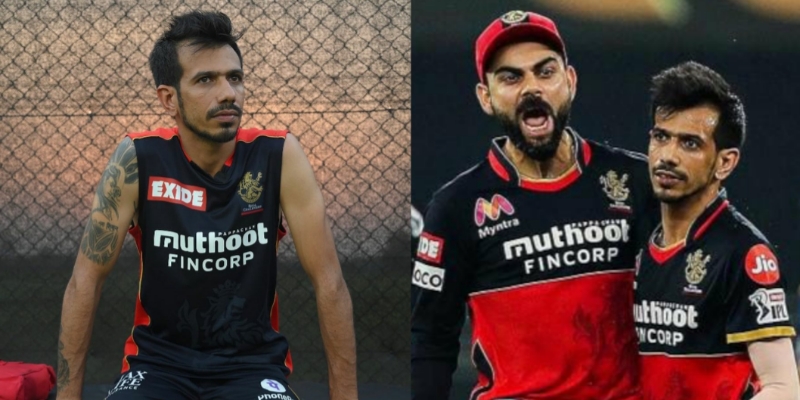 On November 30th, all teams announced the list of players who were getting retained before IPL 2022 Auctions. Royal Challengers Bangalore decided to release Yuzvendra Chahal. The leggie has been the best bowler for the franchise for a few years now. Hence, it was surprising that they released him. Yuzvendra Chahal reacts to the decision on his Twitter account.

RCB has retained Virat Kohli, Glenn Maxwell and Mohammed Siraj ahead of IPL 2022. The franchise has decided to not make use of the fourth retention card. With this, RCB will enter the auctions with INR 57 crores in the purse.

While Virat Kohli was an expected decision, after the retirement of AB de Villiers, the retention of Glenn Maxwell became a necessary one. Siraj has evolved into a reliable bowler in recent years and hence, his retention was not a major surprise.

Yuzvendra Chahal reacts after being released by RCB

Yuzvendra Chahal is the highest wicket-taker for RCB so far. At the Chinnaswamy Stadium where bowlers are taken to the cleaners, Yuzi managed to pick wickets consistently. He also made his India debut after doing well for the franchise. It was a surprise that RCB released him as Yuzi has been closely associated with the franchise. On the back of the list going official, Yuzi reacted to the news.

Thank you for everything @RCBTweets

Chahal expressed his gratitude at RCB for doing him good in his career. At the same time, there are chances that the franchise could try to buy him back at the auctions. However, with the two new teams coming in, one of them could look at Chahal because he is an experienced candidate. If that happens, Chahal might not enter the auctions.

Aakash Chopra Picks Players RCB Might Retain Before IPL 2022, No Overseas Players In The List
5 Indian Players Who Can Be Most Expensive If A Women’s IPL Happens Now
To Top