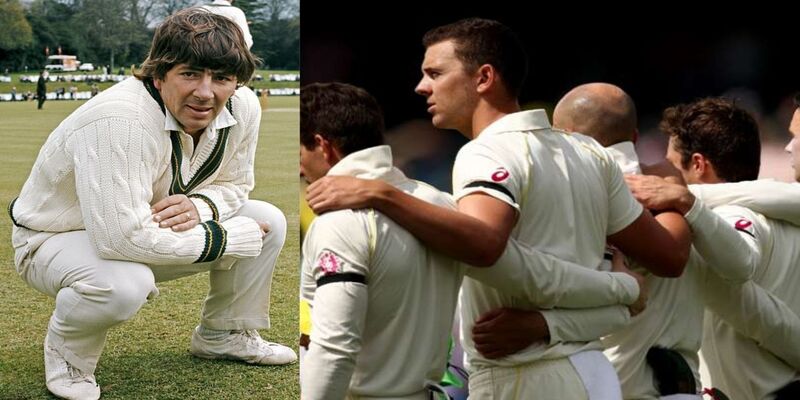 Rodney Marsh, the legendary wicket-keeper batsman, passed away at Bundaberg, Queensland, after suffering from a heart attack. Marsh had been under medical examination for the past week, and on Friday, he lost his life at the age of 74. The Australian Legend was the first ever Aussie wicket-keeper to score a century. He scored 119 against Pakistan in December 1972 at Adelaide Oval.

The legendary batsman has represented Australia in 96 test matches and 92 ODIs overall in his career. He was an excellent wicket-keeper and a dangerous batsman in the middle. He had scored 3633 runs at an average of 26.51 in the tests, along with 355 dismissals as a wicket-keeper. And in ODIs, he has 1225 runs to his name at 20.08 and 124 dismissals respectively.

Marsh made his test debut in the Ashes series in 1970-71. He was a regular member of the Australian team over the years. In his 13-year long career, he became an unstoppable force for Ian Chappell’s Australian men’s side. Marsh also served as the head of the Australian Cricket Academy. He had helped many cricket stars improve their games and skills, including former skipper Ricky Ponting and Justin Langer.

Australia to wear Black Armbands in the first test

Australia, who are taking on Pakistan in the first test match on Friday, will be seen wearing black armbands. The Aussies will wear black armbands in memory of Rodney Marsh at Pindi Cricket Stadium during the Rawalpindi Test. The whole cricketing fraternity is saddened to hear this news.

Australia and Pakistan are playing a three-match series for the Benaud-Qadir Trophy. This is a historic series in the history of cricket for both nations. Because this is the first time in the last 24 years that Australia is playing any bilateral series in Pakistan. Both teams will play three test matches, three ODIs and a one-off T20I on this tour.

The first test match is underway as Babar Azam has won the toss and elected to bat first.