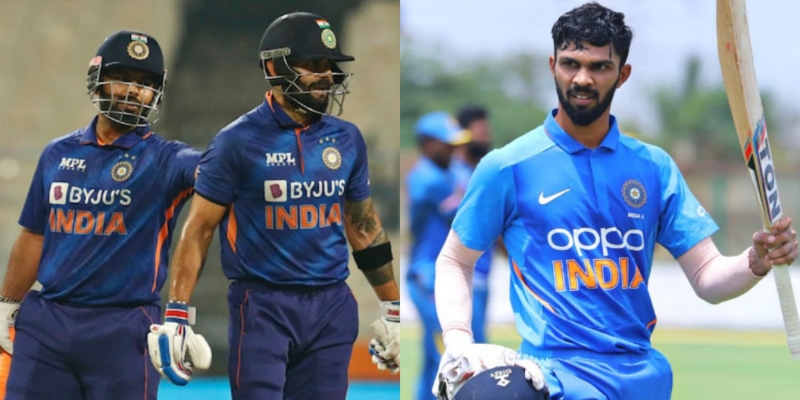 With an unassailable lead of 2-0 in the ongoing 3 match T20I series against West Indies, Team India is set to use bench strength and try out other players in the final and the 3rd T20I, to be played on 20th February, Sunday.

The last match of the three-match T20I series between India and West Indies is to be played tonight i.e. on Sunday, the February 20 at the Eden Gardens Stadium in Kolkata.

The Rohit Sharma led Team India has taken an unbeatable lead in the series after winning the first two matches of the series, and will be eyeing to try out the bench strength.

With it now confirm that Virat Kohli and Rishabh Pant have been given rest for the final match of the series, it will be interesting to see who will replace the duo in the Playing XI.

In the absence of Rishabh Pant, Ishan Kishan is the only other wicketkeeper available in the squad, and thus, will be seen wearing keeping gloves behind the wicket, while Ruturaj Gaikwad is likely to take that opening spot from Ishan Kishan as the latter might be demoted lower down the order or 3rd in the batting line-up.

Gaikwad has been in tremendous form ever since the IPL 2021, and has been a part of the team for the last few series but he is yet to get a chance. Middle-order batsman Shreyas Iyer is likely to replace Virat Kohli in the Playing XI.

Shardul Thakur may be brought in place of Deepak Chahar or Bhuvneshwar Kumar, while Rohit Sharma may even want to test Kuldeep Yadav, who could replace Yuzvendra Chahal as Bishnoi likely to get more game time.

Avesh Khan can also hope for a debut with the series already decided as he may also take that spot for the match from either of Bhuvneshwar Kumar or Deepak Chahar. Mohammed Siraj is also in the squad, it is to be seen whether he takes up that Bhuvneshwar Kumar spot. But it is also be to seen whether the team management would prefer making a whole lot of changes.