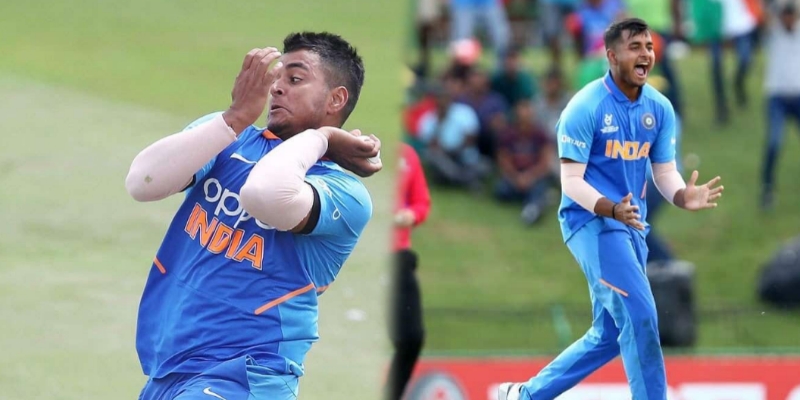 In the Indian Premier League (IPL) 2022 season, Sunrisers Hyderabad (SRH) has now decided to include Sushant Mishra in their team in place of injured Saurabh Dubey for the remainder of the season. Saurabh Dubey has been out of this entire season due to a back injury, who was included in the team after Sunrisers Hyderabad bought him for Rs 20 lakh in the IPL 2022 Mega Auction held in February.

Although Saurabh Dubey has not got a chance to play a single match in this season so far. On the other hand, if we talk about Sushant Mishra, the 21-year-old young fast bowler coming from Jharkhand has been included in the team for 20 lakh rupees as well. Left-handed Sushant has played 4 first-class matches so far in which he has taken 13 wickets with an economy rate of 4.07. Other than that, Sushant has also represented the country in the 2020 U19 Cricket World Cup.

Prior to this, Sushant Mishra was part of the Royal Challengers Bangalore (RCB) team for the last 2 years, in which he was playing the role of a net bowler. This is not the first case in the SRH team when news of a player’s injury has come to the fore, because Washington Sundar has also been seen struggling in terms of fitness so far, due to which he had to sit out of 3 consecutive matches.

Talking about Washington Sundar’s injury, in the last match, he once again got hurt on his bowling arm, due to which he had to sit out.

Regarding this, the head coach of the team, Tom Moody, had informed in his statement that, it is quite unfortunate that Sundar has been hurt again at the same area, due to which he was sitting out in the last few matches.

So far, if we talk about Sunrisers Hyderabad‘s journey in the Indian Premier League (IPL) 2022 season, after playing 9 matches, they have won 5 while they have had to face defeat in 4. Due to which the team currently occupies the fourth position in the points table with 10 points. But the team has suffered consecutive defeats in the last two matches. They next take on the Delhi Capitals tonight, on the 5th of May.