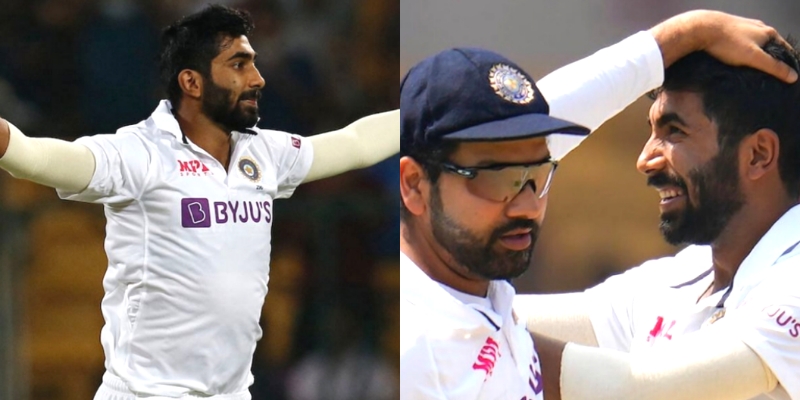 After his terrific performance in the recently concluded Sri Lanka series, a former West Indies legend has called Jasprit Bumrah a generational talent.

Jasprit Bumrah is part of the Indian cricket team’s pace bowling attack that consists of the likes of Mohammed Shami, Bhuvneshwar Kumar, Prasidh Krishna and Mohammad Siraj among many.

Bumrah is regarded as the best pace bowler of the current generation, not only for Team India but in the World. Bumrah has garnered praise and respect as a top bowler from around the world ever since he broke into the Indian team after glowing performance in the Indian Premier League (IPL) for Mumbai Indians.

He was key for India’s dominant 2-0 win in the recently concluded 2 match Test series against neighbouring country Sri Lanka. Bumrah finished as the 2nd highest wicket-taker in the series with 10 wickets, behind his teammate Ravichandran Ashwin, who got 12 wickets to his name.

Taking to his official Twitter handle, Ian Bishop tweeted, “The man is a generational talent: Bumrah.”

The man is a generational talent: Bumrah,,,,.

With the conclusion of the Test series against Sri Lanka, Jasprit Bumrah will now link up with his IPL franchise Mumbai Indians for the IPL 2022.

Mumbai Indians had retained the services of the Indian quick bowler before the IPL 2022 Mega Auction. The Mumbai based franchise will play their first match of the season on the 27th March against the Delhi Capitals.

The IPL 2022 season kick-off on the 26th March with the last year’s finalists Chennai Super Kings (CSK) taking on the Kolkata Knight Riders (KKR). The final match of the tournament will be played on the 29th March.