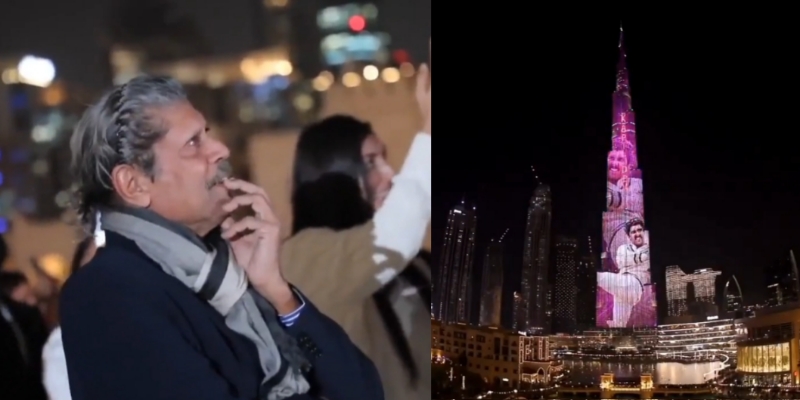 One of the most-expected films to release this year is the Hindi film ’83‘. The film, featuring the likes of Ranveer Singh, will also release in multiple languages. To release on December 24th, the film recently had its premiere. The trailer of the film was also shown on Dubai’s Burj Khalifa. In this article, we take a look at the video showcasing clips from the movie 83 that is based on India’s journey at the 1983 WC on the Burj Khalifa.

India’s journey in the 1983 World Cup from being underdogs to beating the mighty West Indies in the final is one of the greatest stories of the game. Deservedly so, the story has been captured for the big screen. Directed by Kabir Khan, the film also stars actors like Pankaj Tripathi, Deepika Padukone and Jiiva. Ranveer Singh will essay the role of Kapil Dev, who led India to the victory in the 1983 WC.

83 to release on December 24th

In recent months, promoting a film at the Burj Khalifa has become a commonplace event. Hence, the film 83 also had its presence on the world’s tallest building.

Most importantly, it will be a fitting tribute to the legends who helped India lift its first World Cup. It was a terrific achievement to displace the West Indies Team, which was almost unbeatable at that time. Going by the trailer, the film promises to be an entertainer apart from telling the story that every cricket fan of this generation would want to know.