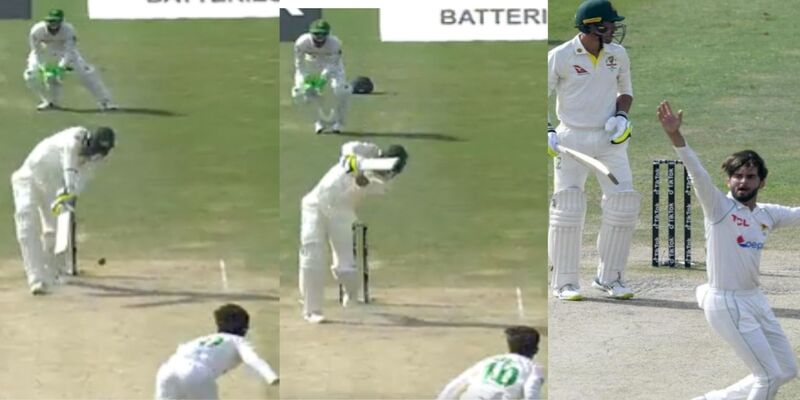 Five-day cricket is a real test of the skills and ability of the players. And that’s what the Pakistani speedster showed on the fifth day of the first test between Australia and Pakistan. Shaheen Shah Afridi bowled a ball of the match so far to dismiss his counterpart, Mitchell Starc. Shaheen bowled an in-swinging yorker to the 32-year-old that rapped on to his pad, which resulted in his dismissal.

The Australian left-armer, who is known for bowling fast and in-swinging yorkers to the batsmen, got a taste of his own medicine in the morning session of the fifth day. It was the sixth ball of the 140th over when the left-hander was batting at 13 runs. The Pakistani pacer bowled the exact same delivery, which will also make Starc proud. But unfortunately, he himself was at the receiving end of it.

Watch Video – Mitchell Starc gets a taste of his own medicine

The Pakistan Cricket Board also shared the video of this wicket through their official Twitter handle.

The visitors started the day at 449/6, but the Pakistani bowlers didn’t take much time to wrap up the tale. And, with only 10 runs added, Australia were bowled out for 459 runs, handing Pakistan a 10-run first-innings lead. For Pakistan, Nauman Ali was the star for the first innings, as he ended up with his career best figure of 6/107.

And it was provided some life to the first test match. Earlier, it looked like it was heading to a draw. However, as the morning session comes to a close, Pakistan’s openers are still going strong.The score after the first session was 76 runs without a wicket, and the lead had jumped to 93 runs. So it will be interesting to see what the plan is for the Men in Green after lunch. Will they go for quick runs and declare? Or are they happy with the draw?