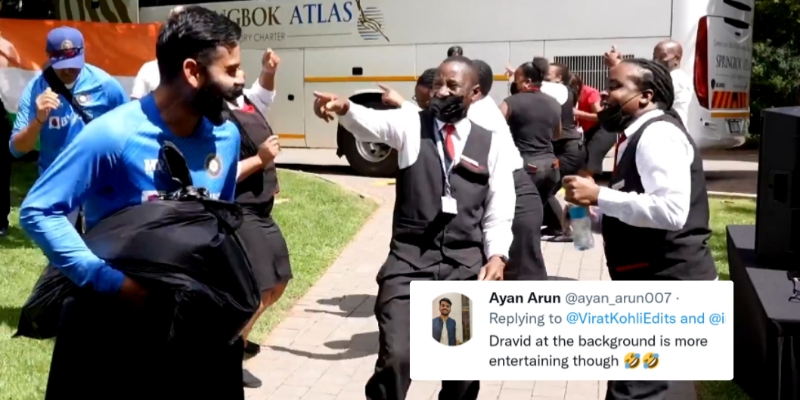 Team India has started the South Africa Tour on the perfect note. The squad has won the first Test, defeating the hosts by 113 runs. Hence, Team India was in a celebratory mood after the historic win. In this article, we take a look at the clip in which Rahul Dravid is dancing after the win against South Africa in the first Test.

Rahul Dravid is one player who was not known for his celebrations. His image is of a “calm and composed” person. However, thanks to India’s stunning win over the Proteas, even the Head Coach had some time for celebration. In the video posted by BCCI, Dravid is seen shaking a leg. Of course, captain Virat Kohli was there putting a few steps. Other players like R Ashwin, Mohammed Siraj and Cheteshwar Pujara are also in the video.

Team India has never won a Test series in South Africa. Let alone winning the series, the team has failed to compete well in the Rainbow Nation consistently. However, this time around, it appears different.

As seen in the past few months, Team India is now regularly winning away Test matches. The South Africa Team is weaker compared to the squads in the previous years. Hence, India has a great chance of creating history by winning the series.