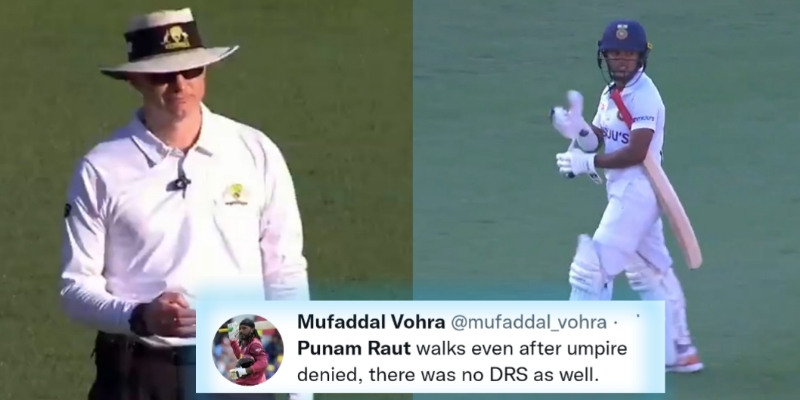 Verma departed to the dressing room after scoring 31 runs off 64 deliveries. Punam Raut then joined Mandhana in the middle and they had a brilliant partnership of 102 runs for the second wicket. Mandhana played the aggressor’s role in the partnership as she completed a historic hundred in pink-ball Test cricket. Playing her first-ever pink ball Test, Smriti aggregated 127 runs off 216 deliveries before losing her wicket to Ashleigh Gardner.

Number three batter Punam Raut faced 164 deliveries for scoring 36 runs, and on the 165th delivery of her knock, she edged a delivery from Sophie Molineux. The ball went straight into the hands of the wicket-keeper Alyssa Healy. The Aussies appealed. However, the on-field umpire said not out.

Punam Raut could have continued playing but she showed the Spirit of Cricket and walked. It is pertinent to note that there is no DRS available. You can watch the video here:

– Appeal for caught behind
– Given not out

WATCH: Cricket fan Jarvo shows up at Headingley; this time as Indian batsman
Kevin Pietersen Names The Indian Uncapped Player Who Impressed Him The Most In IPL 2021
To Top