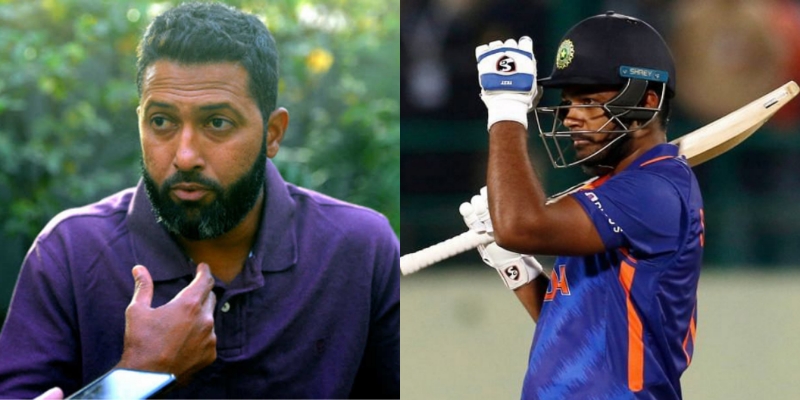 Wicketkeeper batsman Sanju Samson did not make the kind of impression he was expected to perform at in the three-match T20I series between India and Sri Lanka. Former Indian opener Wasim Jaffer is also not overly happy with Samson’s performance.

Samson, who returned to the Indian team, scored 57 runs in the series against Sri Lanka. He did not get a chance to bat in the first match. But in the second match, Samson showed stamina by playing an innings of 39 runs. At the same time, due to Ishan Kishan being rested in the third match, Samson came onto the pitch as an opening partner for Rohit Sharma, but could only score 18 runs.

Talking about that Wasim Jaffer told ESPNcricinfo that Samson clearly did not take advantage of the opportunity to given to him. He further added that in the second and third matches, he had a good chance to stake his claim as a third wicketkeeping option or batsman.

Let us also tell you that in the absence of Virat Kohli, Rishabh Pant, Suryakumar Yadav and KL Rahul, team India still managed to produce a five star performance.

Jaffer also added that Samson has shown his ability, he has shown what he can do, but claimed that he doesn’t capitalise on the opportunity he gets. He expressed his sadness for him because he feels Samson has lot to give in the format.

Sanju Samson may not have performed well in this series but Jaffer is confident that the wicketkeeper batsman will continue to be a part of the team management’s plan ahead of the upcoming T20 World Cup in Australia.

Significantly, India won the series against Sri Lanka in three matches series by 3-0. The Indian team led by Rohit Sharma, defeated the Sri Lankan team under the captaincy of Dasun Shanaka by 62 runs in the first match, 7 wickets in the second match and 6 wickets in the third match. Shreyas Iyer was in solid form, scoring fifty plus in every matches and was awarded Man of the Series.