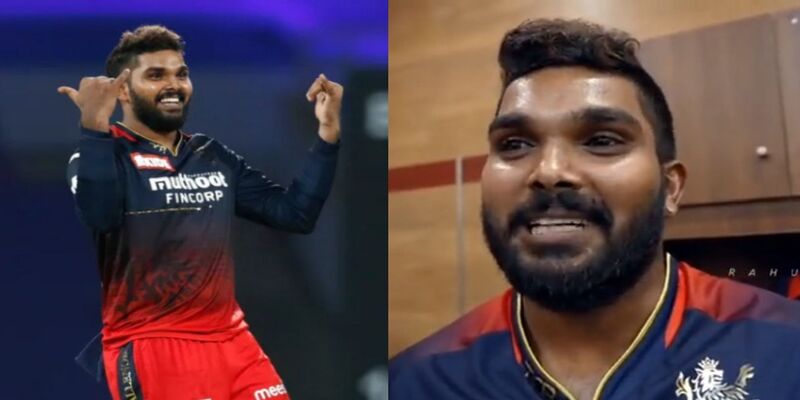 Royal Challangers Bangalore played a nail-biting game against KKR on Wednesday. It was the most thrilling match of the tournament so far, when both teams were in the game until the last over. But in the end, RCB came out victorious and registered their first point on the points table. However, the foundation of their win was laid in the first innings itself. After winning the toss, the RCB skipper chose to bowl first and it was the RCB bowlers, especially Wanindu Hasaranga, who dominated the KKR batters, didn’t let them score, and kept on taking wickets at regular intervals.

Star all-rounder Andre Russell was the top scorer for KKR. He scored 25 off 18 balls. None of the other batters were able to get to the 20-run mark. The RCB bowlers did a fantastic job of bowling them out for 128 runs. Sri Lankan spinner Wanindu Hasaranga was the star with the ball, as he registered a figure of 4/20. Apart from him, pacer Akash Deep also took three wickets. Hasaranga was also named the “Man of the Match” for his performance. He looked good with the ball in his hand, but he was equally good with the wicket celebrations. And that caught the eyes of many.

Wanindu Hasaranga reveals the secret behind his wicket celebration

RCB bought the Sri Lankan spinner at a whopping price of INR 10.75 at the auction. And last night, he also showed his worth. However, talking about his celebration, Hasaranga said that his favorite footballer is Paris Saint-German FC superstar Neymar Jr., and that’s his celebration style.

(The celebration behind)
My fav football player is @neymarjr that's why I do this – @Wanindu49 #neymarjr #Hasaranga #RCB pic.twitter.com/aN3UjS3MBA

The leg-spinner has got five wickets in two games at an average of 12.00. And he is now leading the chart of the “Purple Cap” in the tournament. RCB won the match by three wickets, but KKR bowlers didn’t allow them to win it easily.