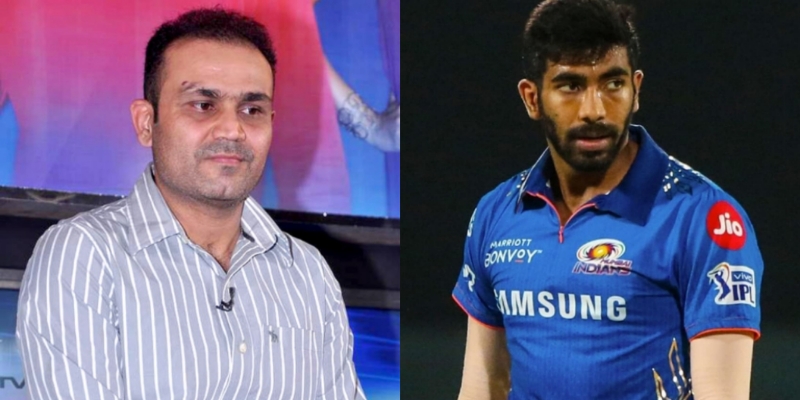 The most successful franchise in the history of the Indian Premier League (IPL), Mumbai Indians have had a dismal start to their IPL 2022 campaign, and former Indian cricketer Virender Sehwag has suggested a new bowling partner for Jasprit Bumrah.

Mumbai Indians currently hangs right towards the bottom of the IPL 2022 Points Table, having lost all three of their opening matches against Delhi Capitals, Rajasthan Royals and Kolkata Knight Riders respectively.

In all of the matches, Mumbai batsmen have put a good score on the board, barring the Kolkata Knight Riders match, where they struggled to get runs, but due to lack of death overs bowlers for KKR, they still managed to get 161.

But then, their bowlers have also been disappointing. While they spent big buck for the English pace bowler Jofra Archer, he won’t be available for them until IPL 2023.

In such scenario, former Indian cricketer and opening batsman Virender Sehwag has given an important advice to Mumbai Indians. He believes that left-arm pacer Jaydev Unadkat should be included into the team and start with the pair of him and Jasprit Bumrah.

While speaking on Cricbuzz live, he stated that the team management will have to think twice before bringing in anyone, whereas, they had someone like Nathan Coulter-Nile who would come in without any doubt. It must be noted that he is not a part of the Mumbai squad this year.

“I think only Unadkat is the one, he is the only one who looks potent enough to partner Bumrah,” he said.

He signed off saying that Unadkat is the one can bowl, if needed, three over in the powerplay and is a good death overs bowler.