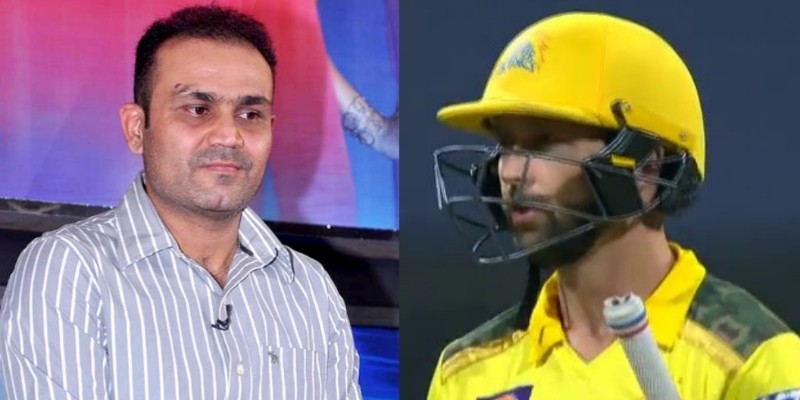 Former Indian cricketer Virender Sehwag has raised questions on the electricity system at the Wankhede Stadium after the incident last night that prevented the use of DRS.

Sehwag said that if the lights went out during the match then there should have been a generator arrangement. According to Sehwag, if generators are used for everything, then why not generators were arranged for technology.

In fact, during the match between Mumbai Indians and Chennai Super Kings in the Indian Premier League (IPL) 2022, something happened which was hardly seen before. Chennai Super Kings batsman Devon Conway was dismissed leg before in the first over by Daniel Sams.

Conway wanted to review it because he felt that he was not out. However, he could not use the DRS system as there was no light in a part of the stadium at that time and due to this, he was unable to take DRS. Later replays showed Conway was not out and had he been given a chance for DRS, he would have been declared not out.

Virender Sehwag expressed surprise over this incident and said that when there was a generator arrangement for stadium lights, then why was it not for technology.

During a conversation on Cricbuzz, he questioned if the generator are just only for the stadium light and not for the technologies. He then added that either Devon Conway should have been called back, or the entire match should have been played without the DRS, as it costed CSK massively.

“DRS should not have been utilized throughout the game because it put Chennai at a disadvantage. Mumbai would have suffered if they had batted first,” said Virender Sehwag.