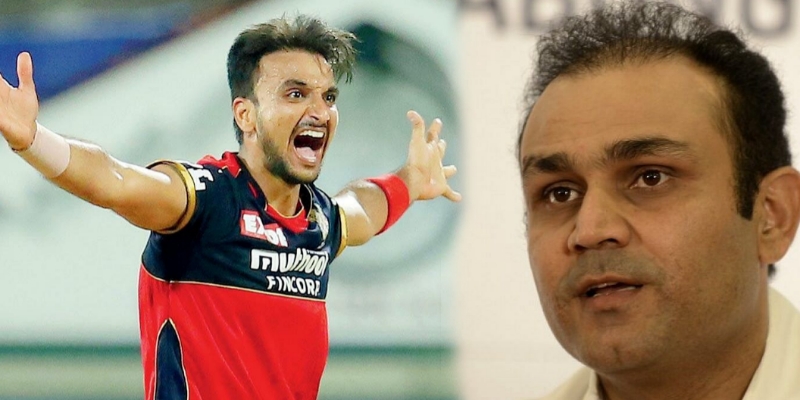 Royal Challengers Bangalore (RCB) have taken another step towards the final after defeating Lucknow Super Giants (LSG) in the Eliminator match of the Indian Premier League (IPL) 2022.

Royal Challengers Bangalore beat Lucknow by 14 runs in the match. In this match, fast bowler Harshal Patel once again performed excellent with the ball and also bowled some quite economical overs too.

Former Indian cricketer Virender Sehwag was very impressed by his superb bowling and he has praised Harshal’s fierce bowling. Harshal Patel consistently bowled dot balls against the opposition batsmen in the Eliminator match and did not give them many opportunities to hit big shots.

He spent 25 runs in his four overs and also got the wicket of Marcus Stoinis. In the 18th and 20th overs of Lucknow’s innings, he gave only 17 runs (that also includes numerous wide ball runs) and turned the match towards his team.

Impressed by Harshal Patel’s bowling performance in the Eliminator, Sehwag said that Patel should be in the list of 14-15 crores. On Cricbuzz he said that people always talk about Rahul Tewatia deserving the 10 crore price tag because of his match winning performance for Gujarat Titans. However, he added that Harshal Patel’s price tag is quite low, given the way he bowls. He added that his current price 10.75 crore is still less and should be in the 14 to 15 crore list.

“We always talk about how (Rahul) Tewatia does justice to his INR 10 crore tag because he won matches for his side (Gujarat Titans). Harshal’s price tag is still quite low, I think even the INR 10.75 price tag is less for him. He should be in the INR 14-15 crore category,” said the former Indian cricketer.