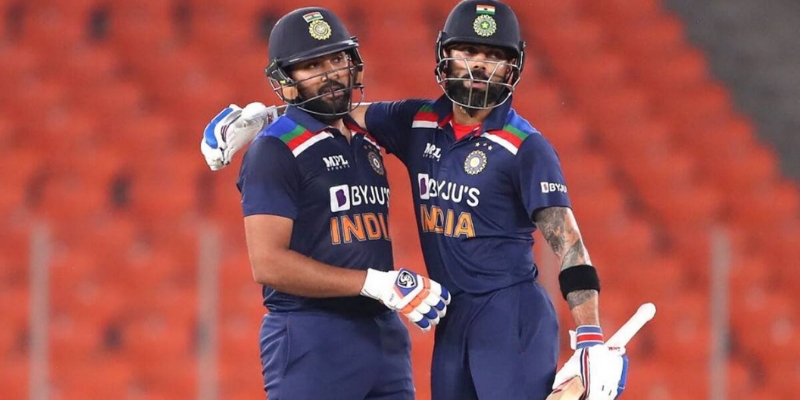 The first of the three scheduled T20 International (T20I) matches between Rohit Sharma led India and West Indies begins today on the 16th of February at the Eden Gardens in Kolkata. During the match, former captain Virat Kohli has the opportunity to achieve a big milestone and become the leading run scorer in the T20 International format.

After registering a 3-0 series win against the West Indies cricket team in the ODI series, focus shifts to the T20I series for the men in blue as the scheduled 3 match T20I series set to begin from today, the 16th of February.

Like the One Day International (ODI) series, Team India would want to get started well in the T20I as well. But other than that, former India captain Virat Kohli has a big opportunity to accomplish a major record to his name in the following match.

Virat Kohli, Rohit Sharma on the brink of becoming all-time most run-scorer in T20I

However, the current India captain Rohit Sharma is also not far behind in the list. If Rohit Sharma performs well in the T20I series against West Indies, then he can also become the all-time most run-scorer in the format.

But, battle is not only for the number one position, as Virat is also facing a tough challenge for the second place from his teammate Rohit. Rohit Sharma is just 30 runs behind equaling Virat in terms of scoring the most runs in T20 Internationals. He needs 102 runs to become the number one batsman in this case. Rohit Sharma has 3197 runs from 119 matches.

All in all, this T20I series against West Indies may very well be a historic series as not only one, but, two Indian batsmen are on the brink of becoming the all-time most run-scorer in T20I.