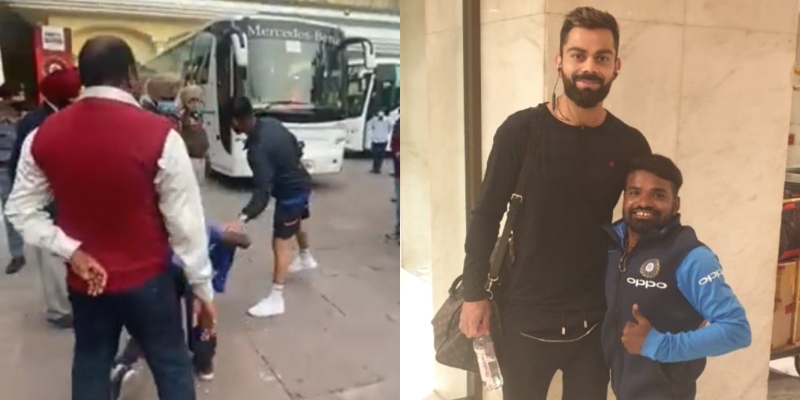 The former Indian captain Kohli no more leads the Indian team as the captain after he decided to step down as India’s Test captain in January 2022. Rohit Sharma is India’s new captain in all formats of the game.

During the ongoing series against Sri Lanka, Virat Kohli played his 100th Test match Mohali. The whole cricket community were very excited for this match and were expecting a masterclass from and that he would go on to score his 71st century. It is to be noted that Virat Kohli last scored a century, his 70th century, against Bangladesh in November 2019.

But all the hopes and expectations were shattered when Virat Kohli could only score 45 runs in the match, missing on the fifty even by 5 runs. Team India registered victory by an inning and 222 runs, which means that India didn’t had to bat in their 2nd inning.

While even though Virat Kohli may not been able to please his fans in the match, he won everyone’s heart after the match. After the match, Virat Kohli gave away his T-shirt as a gift to a physically challenged fan, the video of the same has been rocking the internet today.

It can be clearly seen in the video how a physically challenged fan was waiting for Virat Kohli outside, near the Team Bus and Kohli himself went to that fan and gave him his T-shirt. Virat didn’t had any opportunity to have any chat with him as per the bio-bubble norms.

However still, his behavior has once again won all of his fans’ heart. Virat Kohli was fecilitated with a special cap before the match had commenced. He received the cap from the Indian team’s Head Coach Rahul Dravid, with the presence of his wife Anushka Sharma, which is truly a very proud moment for the duo.