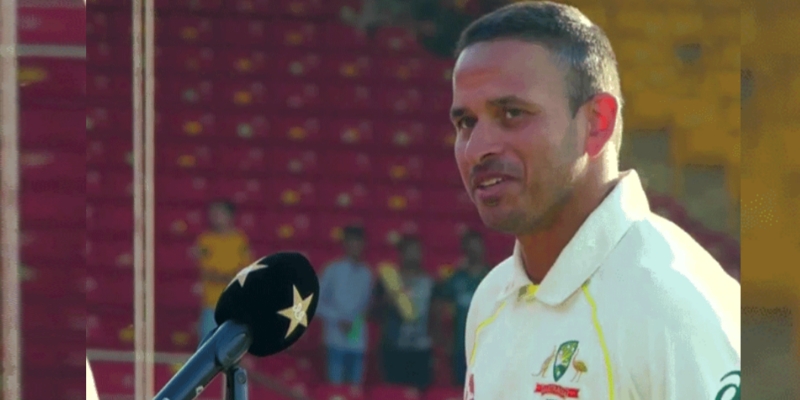 Steve Smith once again showcased his true ability on the cricket ground, especially during Test matches when the right-hand batsman played an wonderful inning during the ongoing 3rd Test match against Pakistan, where he scored 59 runs from 168 deliveries and saved his team from a collapse.

The 3rd Test match between Pakistan and Australia is currently ongoing in Lahore’s Gaddafi Stadium from the 21st March. The series is currently tied between the both team after 2 matches, but to the surprise of much, the scoreline is still 0-0, as both the matches in ended in a draw.

The 3rd Test match is the final match of the Test series between the sides and a winner here will also decide the series.

Australia, having won the toss, opted to bat first, but they lost two quick wickets in the form of David Warner and Marnus Labuschagne. Thereafter, Usman Khawaja and Steve Smith build the inning, before Smith was dismissed for 59 runs.

This led to questions raised over Steve Smith, but his partner Usman Khawaja called him the greatest batter of the current era.

Khawaja was quoted by perthnow.com.au as saying that Steve Smith the greatest batsman he has seen in this era, as he averages 60 for almost the entirety of his Test career and added that he is still awe of how many runs Smith has scored over the years.

He also added that it is kind of funny how people talk about Smith not scoring a century, but he believes that Smith always gets valuable 60 to 70 runs, rounding off saying that he is a class player.

“What a guy” – Kevin Pietersen heaps praise on the Indian boy for running 10km at midnight to prepare for Indian Army
Viv Richards said he faced the fastest ball from Wasim Akram; the latter replies with a video of the delivery
To Top