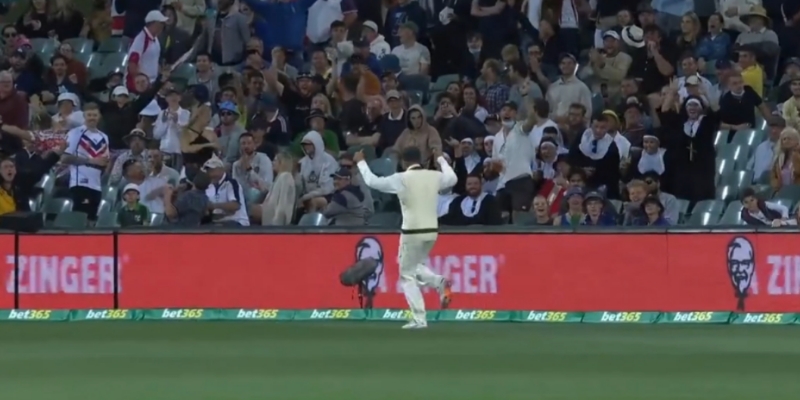 Australian cricket team batsman Usman Khawaja, who celebrated his 35th birthday on the 18th December, on Saturday, broke into Moon Walk celebration in front of the England’s supporters Barmy Army.

Usman Khawaja might be struggling to make it to the starting eleven for Australia, but he was one of their top player in recent past years. Marcus Harris has currently taken his position in the team.

Even though Usman was not playing in the 2nd Ashes Test match against England, the opening batsman took the field as a substitute fielder.

Khawaja just recently celebrated his birthday on the 18th of December on Saturday. He took the field as a substitute in the very same day and had the company of the English supporters group Barmy Army while fielding on fine leg.

The English supporters demanded some enjoyment from the Aussie opener since it was his birthday. Khawaja didn’t disappoint them even though Australia and England is considered rivals in cricket.

Khawaja started Moon Walk on the field and the English supporters, that is the Barmy Army, broke into joy and cheered up the Aussie batsman. Even the commentators laughed and giggled at the scenes shown live on TV.

Usman Khawaja pulling out the shuffle for the Barmy Army! 👍👍 #Ashes pic.twitter.com/RD9b4Ws4ce

Talking about the 2nd Ashes Test match between Australia and England. It the host nation who are in cruise control of the match. Australia ended Day 4 setting up a big target of 468 runs.

In response to which, England has scored 82 runs but have lost 4 wickets in doing so. England is in deep trouble going into the last day of the play. England is already behind in the 5 match series having lost the 1st match earlier at the Gabba.

Watch: Mohammed Siraj dismiss Ross Taylor with a peach of a delivery
Watch: Batter given not out despite getting clean bowled as no one appealed
To Top