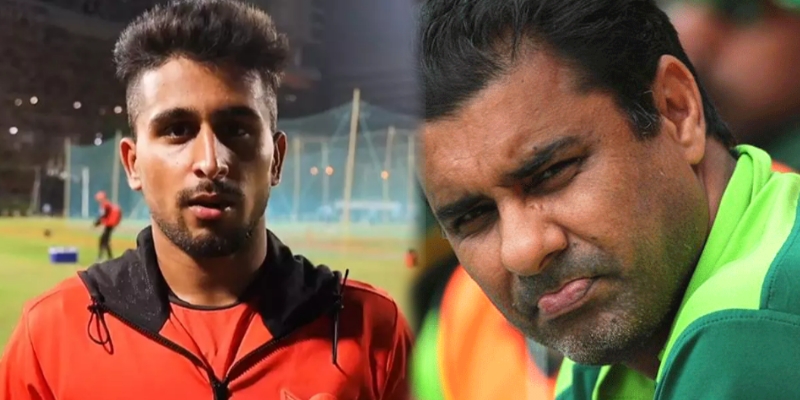 Indian Premier League (IPL) 2022‘s Emerging Player of the Season Umran Malik has revealed whom he follows and idolizes while growing up in his career to be India’s top pacer in the future.

Every player in the world, whether it is a batsman, pacer or a wicketkeeper even, has a player whom they looks upto, and no different is Indian Premier League (IPL) 2022 season’s most hottest prospect Umran Malik.

Malik has rose through as one of the most promising pacer, who can consistently bowl at over 150 KMPH, an aspect that Indian cricket team lacks a lot. India have missed a pacer who can bowl at more than 150 KMPH after Zaheer Khan, but Umran Malik now seems to be the answer.

And just like everyone else, Umran Malik also idolizes players and is looking upto them. When it’s about whom a pacer looks upto, most of the times you will hear names such Brett Lee, Shoaib Akhtar, Wasim Akram or Waqar Younis. But, it’s completely different with Umran.

While talking to Indian Express, Umran Malik revealed that he doesn’t follow someone like Waqar Younis, but instead, he follows the Indian pacers like Mohammed Shami, Jasprit Bumrah and Bhuvneshwar Kumar.

“I have not followed Waqar Younis. I have a natural action. My idols include (Jasprit) Bumrah, (Mohammed) Shami and Bhuvneshwar (Kumar) bhai. I used to follow them when I was playing while coming through the ranks,” said Umran.

As for the pacer’s performance in the IPL 2022, he had an impressive season as he took 22 wickets from 14 matches and finished as the 4th highest wicket-taker in the competition. Even though he struggled to find the perfect line and length at the start, but as the season progressed, things got better and there was just no stopping him.

The pacer from the Jammu and Kashmir constantly clocked at over 150 KMPH, with the fastest being 157 KMPH. He has garnered a huge praise from around the world after his performance and has been selected into the Indian team for the upcoming South Africa series.