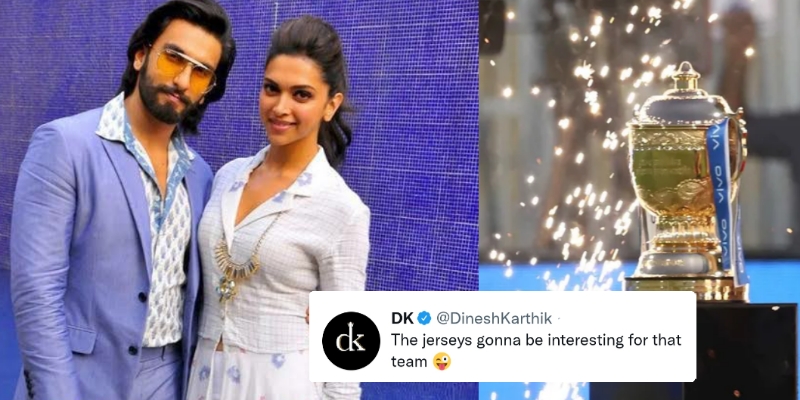 As per Outlook India, film stars, Ranveer Singh and Deepika Padukone are interested in owning an IPL franchise from the next edition. In this article, we take a look at how Twitter reacted to reports of Ranveer and Deepika bidding for the new IPL team.

It is confirmed that two new teams will enter the fray in IPL 2022. Hence, it will be a ten-team event from the next edition. The sale of the two new franchises will be completed on October 25th in Dubai. After a lot of postponements, October 25th has been decided to be the date. It will be a day after the much-anticipated clash between India and Pakistan at the T20 World Cup.

While Lucknow and Ahmedabad are the cities that are likely to get the new franchises, other cities like Indore, Ranchi and Guwahati are also in the race. There is unlikely to be a franchise from any South Indian city.

The Adani Group and the Goenka Group were said to be interested parties for the new IPL teams. However, it was reported a few days ago that Manchester United Owners, the Glazers, have also expressed their desire. As per the latest reports, Bollywood couple Ranveer Singh and Deepika Padukone are also showing interest to own an IPL franchise. We take a look at the Twitter reactions to this report:

The jerseys gonna be interesting for that team 😜 https://t.co/mH4tatYM9T

Hearing rumours that Ranveer is buying the new IPL team. I’m dreading at the mere thought of his team jersey!!

The new team in IPL : pic.twitter.com/8xMM11kEiI

Are Ranveer Singh @RanveerOfficial and @deepikapadukone going to be part of consortium to bid for new @IPL teams?? No clarity as each member of consortium needs to have individual net worth of Rs 2500 crore? Are they individually worth that much? No idea #IPL

Really looking forward to see Team jersey Colour and design as one of the owner is Ranveer Singh.😂😂😂😂#RanveerSingh #DeepikaPadukone #IPL pic.twitter.com/sxJsUIAwvp

Deepika and Ranveer will have their own IPL team!! That so huge!!🙌#DeepikaPadukone #RanveerSingh

Heard that Ranveer Singh is interested in buying an IPL team.
His franchise's coaching staff will include costume designer too.

4 players who have played all 14 IPL seasons but not won a single trophy
IPL 2022: 6 stars new teams may target after seeing T20 WC performance
To Top