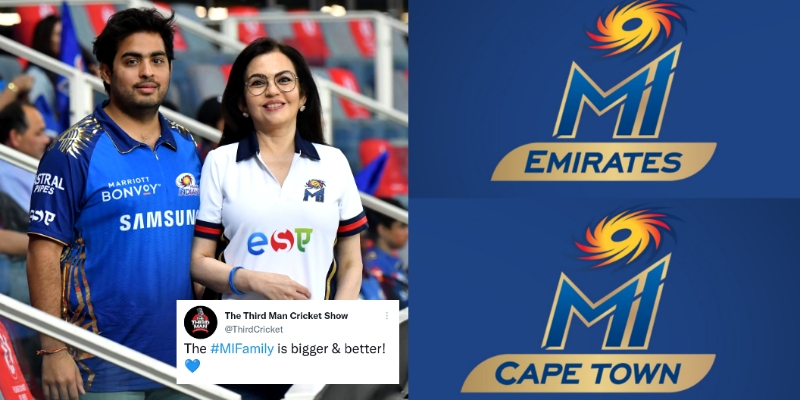 The Indian Premier League (IPL) is today world’s most successful and richest T20 cricket. It has helped Indian cricket massively for the development of players and the game in India.

And now, almost all of the countries are now following the same route and there are more T20 leagues being introduced. Two of which is the upcoming UAE T20 League and the CSA T20 League.

This also sees a new route as well. Following the lines of the Kolkata Knight Riders (KKR), the other IPL franchises are also now expanding outside of India. One of those IPL franchise in Reliance owned Mumbai Indians.

There were a quite a lot speculation as to what will be the names of the Mumbai Indians and what brand will they carry forward. For Mumbai Indians, both the words represent the city Mumbai and India as a whole.

Now, it has officially announced that both Mumbai Indians owned franchises have been named MI Cape Town and MI Emirates. However, the fans didn’t felt satisfied with the name on Twitter.

They had to use MI, unlike other franchise we don’t have have words like Royal, Super, Knights, Kings etc. MI emirates still is okay but MI Cape Town sounds so odd… https://t.co/5MVCgUhGR8

Lack of creativity in naming a franchise. What is MI capetown ? It doesn’t make any sense😭.

This is genuinely so unimaginative for a team name…quite bloody disappointing.

Wow. Creativity at its peak.

what’s in a name, trophies matter>>>