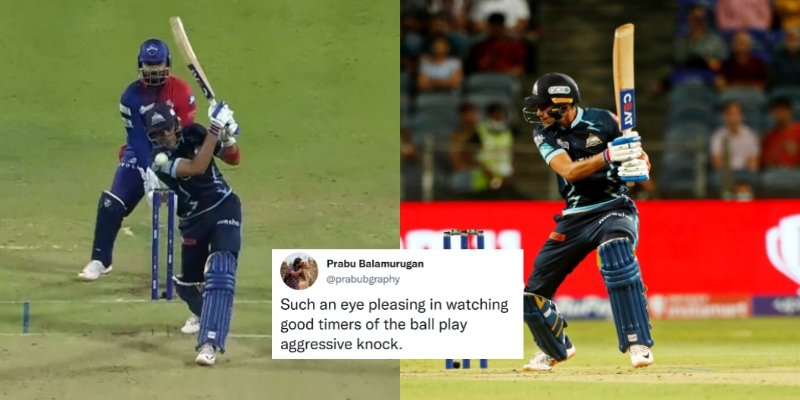 Shubman Gill today stole the hearts of the cricket crazy fans with his glorious shot making to score 84 runs against Delhi Capitals in match number 10 of the Indian Premier League (IPL) 2022.

Match number 10 of the Indian Premier League 2022 season is being played between Gujarat Titans and Delhi Capitals in Pune’s Maharashtra Cricket Association Stadium.

After winning the toss, Delhi captain Rishabh Pant opted to field first. They managed to give early blows to Gujarat, dismissing Matthew Wade in just the 1st over of the match.

However, it was Shubman Gill and captain Hardik Pandya who rescued the team, adding 65 runs before Pandya was dismissed by Khaleel Ahmed.

But Shubman Gill kept on going and playing some magnificent shots as he scored 84 runs before being unfortunately dismissed by Khaleel, meaning that he missed out on his first ever IPL Hundred.

But, Gill made the cricket fraternity his fan after the glorious shot making, which is so good to the eyes. Here’s how Twitter reacted to Shubman Gill’s performance.

Each one of us KKR fans after seeing shubman gill shine for gujarat titans #GujaratTitans #GTvsDC pic.twitter.com/6fCcvPxo08

Classical batting and so pleasing to the eyes to watch Shubman Gill Take on spinners, Play those drives and I feel that his horizontal bat shots are the best anyone plays. #IPL2022 #GTvsDC #Shubmangill