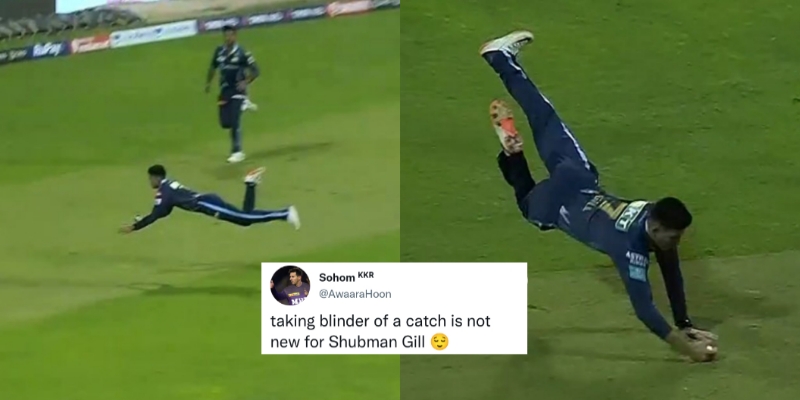 The new boys of the Indian Premier League (IPL) has got their campaign running, but it is the Gujarat Titans who will be very happy with their performance so far, as Lucknow Super Giants struggles.

Lucknow Super Giants and the Gujarat Titans are the two new teams who have been introduced into the world’s biggest T20 cricket league from the IPL 2022, led by KL Rahul and Hardik Pandya respectively.

And what better way to introduce them than pitting them against each other. But it is Gujarat Titans who are so far looking really good, having already sent back 4 players in the powerplay, as of writing this article.

Super Giants got off the worst possible start as captain KL Rahul got caught behind in the first ball of the match off bowling of Mohammed Shami, who then clean bowled Quinton de Kock, like he had no idea.

But what so far has been the most glorious moment of the match is when Shubman Gill took a stunning diving catch to dismiss Evin Lewis.

It was off the bowling of Varun Aaron that Evin Lewis tried to play a pull shot, but Gill ran backward and had to fly like a bird to take a stunner. Fans were mesmerized by seeing that and heaped a lot of praise on the youngster.

This is exceptional catch by Shubman Gill, just wow! pic.twitter.com/IiebdsP5pK

Catch of the tournament – Shubman Gill.

taking blinder of a catch is not new for Shubman Gill 😌 pic.twitter.com/zSir9EJr9l