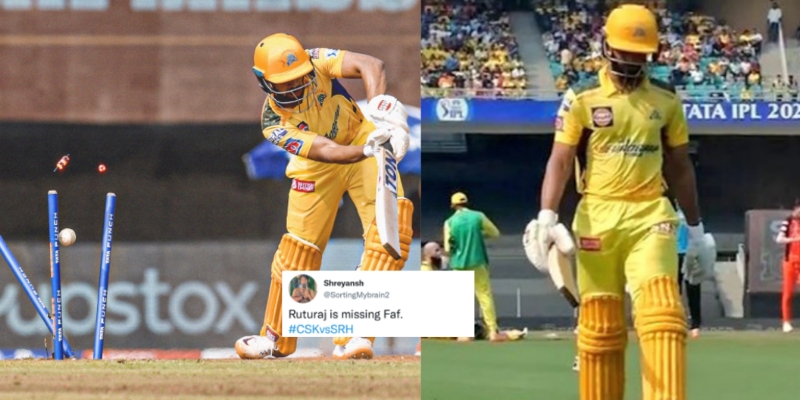 Chennai Super Kings batsman Ruturaj Gaikwad just can’t get over it as his poor run continues as the opener failed to contribute big again against Sunrisers Hyderabad.

There is already much debate and speculation regarding Ruturaj Gaikwad after the last year’s Orange Cap winner is finding it hard to score runs in this year’s IPL.

Chennai Super Kings overall has not been up to the mark in the IPL 2022, and after 3 matches, they finds themselves right towards the bottom of the points table.

They had two star players in their batting department last year, in the form of Ruturaj Gaikwad and Faf du Plessis. While the latter has left the team and is leading Royal Challengers Bangalore (RCB) in IPL 2022, the former is terribly out of form, not really able to score big.

He once again failed to contribute big as he was dismissed by a brilliant yorker delivery from T Natarajan. He could only score 16 runs from 13 balls.

People on Twitter are absolutely shocked by his performance this year and have started calling an “one season wonder.” Check-out how Twitter reacted.

Ruturaj without Faf is hurting like never before 💔 pic.twitter.com/xM8OIOReQH

Ruturaj is exactly like a flower pot cracker. Will take 3 or 4 times to ignite, but once ignited then there will be no shortage for sprinkling sparks ⚡️