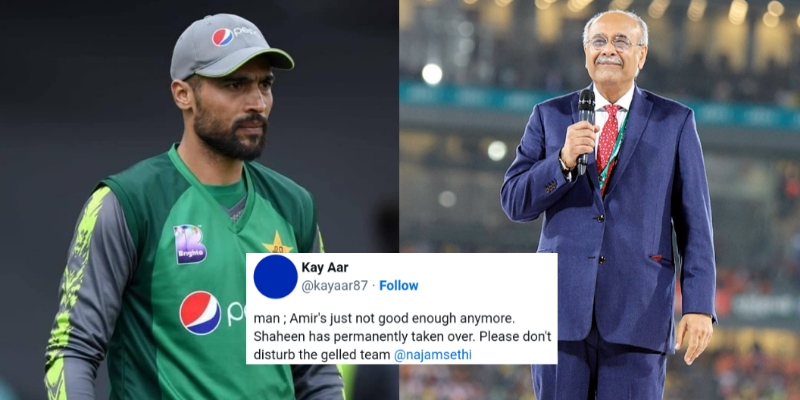 A latest development in Pakistan states that retired left-arm pacer Mohammad Amir could be back to wearing the green jersey soon.

Mohammad Amir is a great pace bowler, one of Pakistan’s hundreds of quality pace bowlers that they produce.

However, due to some controversial and political reasons, Amir decided to retire playing for Pakistan and had been since playing T20 leagues around the world and the English County Championship.

But now, since there is a change at the helm of the Pakistan Cricket Board (PCB) with Najam Sethi taking over as the new chairman, he has confirmed to the media that Mohammad Amir can return to Pakistan team if he comes out of retirement.

Now it is to be seen whether Amir is open to making his return to the Pakistan team. However, the fans are still not happy with the controversial stuffs and also don’t him to ruin someone deserving’s place in the team.

PCB chairman Najam Sethi said – "Mohammad Amir can play international cricket for Pakistan if he takes his retirement back".

Keep the fixer out. Once a fixer always a fixer.

Retirement is a joke in pakistan it seems … Anyways it's good if he plays !!

Sorry but no place for fixer in any team ,it's not like they can't get better,but what message u gonna give to younger generation,u can sell ur country,do whatever u want and then after a while u can again play for country,very bad predecent