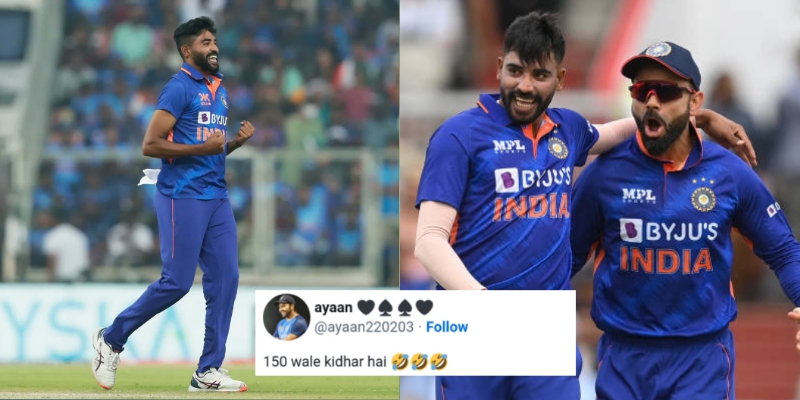 Mohammed Siraj, the Indian cricket team pacer, after being trolled a several months back, today stands at the top of the pile as a number 1 ranked ODI batsman in the World.

Mohammed Siraj was a hero instantly after making his debut for the Indian team. However, he lost his performance somewhere between and was dropped from the team, but then he made a solid comeback to the and has made his place in the team permanent.

After his recent exploits in the series against Sri Lanka and New Zealand, Siraj is now ranked the new number 1 bowler in ODI format. Twitterati praised the Indian pacer for his performance while some even roasted Pakistan.

Months ago he used to get trolled, but as always the comeback is better than the setback. He stood up and took the responsibility and is now a No.1 Ranked ODI bowler.

Soon Siraj @mdsirajofficial 🔥 will become a major reason for the victory of RCB in the 2023 IPL🤞. #siraj ✨ https://t.co/CESvUGiOEs