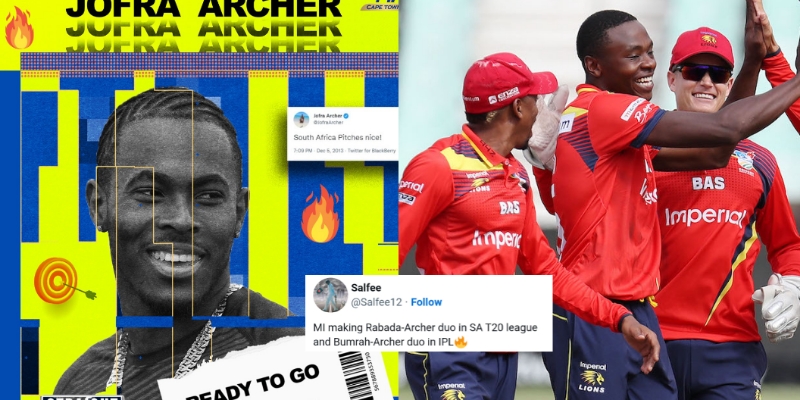 After the success of the Indian Premier League (IPL), world’s most richest and successful T20 cricket league, South Africa is one of the latest to join in the race to have their own T20 league.

The Cricket South Africa (CSA) is set to conduct the SA20 League in January next year. A total of 6 teams, all owned by a IPL franchise owners, will take part in the competition.

Earlier, a player Auction was held for team’s to build a solid squad. After the Auction, Mumbai Indians owned MI Cape Town looks the most solid side with players like Kagiso Rabada, Rashid Khan, Sam Curran and Dewald Brevis in their team.

Meanwhile, the franchise has added more firepower to the team by adding in England and Mumbai Indians pacer Jofra Archer in the squad. Meanwhile, Twitterati are absolutely mesmerized at seeing the MI Cape Town squad now after the addition of Archer.

MI Cape Town have the makings of a GOAT T20 team. Way too strong to be true. Feel sad for the other teams.

“Literally when we need fast bowlers, our fastest bowlers wants to bowl slower” – Twitter reacts as Umran Malik says he is working on slower deliveries