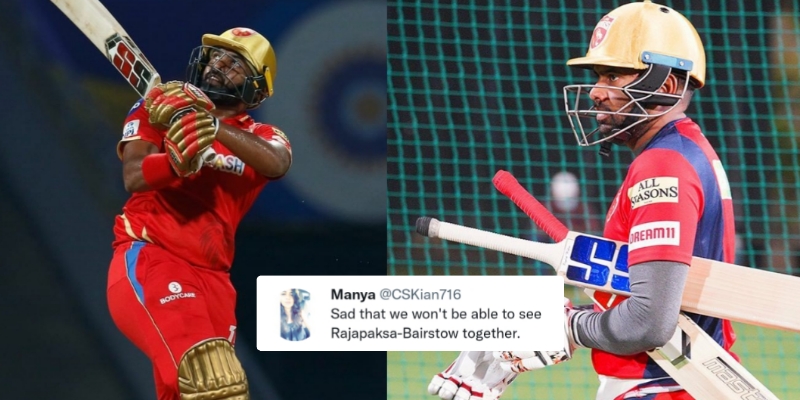 Bhanuka Rajapaksa has been a brightest spot in the Punjab Kings’ batting line-up, in what has been a decent start to the 2022 season of the Indian Premier League (IPL). However, the left-hand batsman had to make way for Jonny Bairstow for the Gujarat Titans match.

Bhanuka Rajapaksa have won hearts of many Punjab fans, playing destructive inning in the powerplay, which has been a major weakness for Punjab Kings this year.

While captain Mayank Agarwal not level to beyond the 1st over this season and not able to contribute with a big score, on the other hand, Shikhar Dhawan takes his time before going bonkers.

And during that period, it is the Sri Lankan left-hand batsman Rajapaksa who was handling the duty of getting some runs on the board during the powerplay.

Rajapaksa so far has the best strike rate in the powerplay in the IPL 2022, starting off with a crazy inning of 43 runs from 22 balls against RCB and a short-lived but fascinating 31 runs from 9 balls against KKR. In the last match, he was dismissed for 9 runs from 5 balls after smashing 1 six.

And now, he has been even dropped out of the team for the Gujarat Titans clash as the English batsman Jonny Bairstow has taken his place.

Poor Bhanuka Rajapaksa has been replaced by Jonny Bairstow.#PBKSvsGT #IPL2022

Very excited to see how Bairstow performs with new franchise but equally sad as Bhanuka Rajapaksa who was looking so good will be on the bench tonight!#TATAIPL #PBKSvGT pic.twitter.com/tKwBAXkTD6

Punjab should have give another chance to Bhanuka Rajapaksa.he performed well in first two games #GTvsPBKS