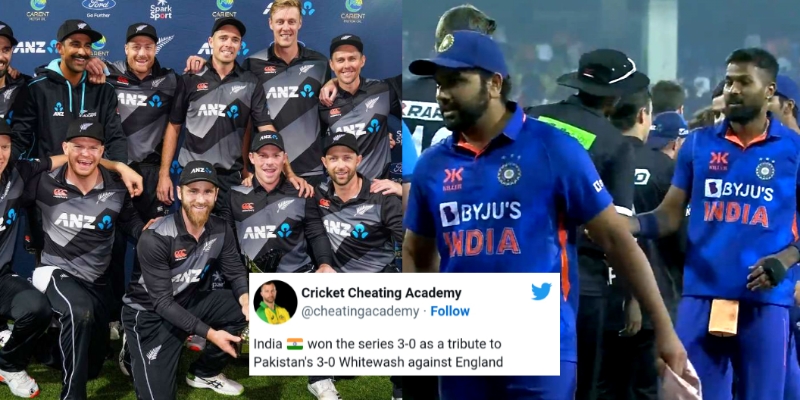 The final match of the three-match ODI series between Indian cricket team and New Zealand cricket team was played today, which Team India won by a margin of 90 runs.

By winning this match, India whitewashed New Zealand 3-0 in the ODI series. India have won the second consecutive ODI series whitewash and proved their dominance.

India defeated New Zealand by a close margin of 12 runs in the first ODI of the series. After this, the team won by 8 wickets in the second ODI. In this way, Rohit Sharma’s team played aggressively in the series and defeated the Kiwi team badly at home, whereas earlier New Zealand had defeated Pakistan 2-1 in the ODI series at their home.

As such, after India crushed New Zealand, Twitter have shared their reactions.

New Zealand against India in….

“He is not good enough, he will take Shaheen Afridi’s place and destroy his career” – Twitter reacts as PCB Chairman Najam Sethi confirms Mohammad Amir can return to playing for Pakistan again
“This number 1 ranking doesn’t matter if we can’t win the World Cup” – Twitter reacts as Team India is now number 1 ranked ODI team after winning the New Zealand series 3-0
To Top