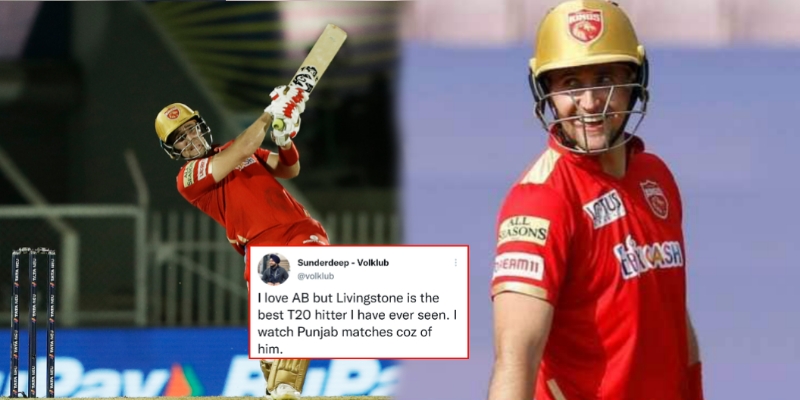 While Punjab Kings continue to dwell in the middle of the park in the Indian Premier League (IPL) 2022 Points Table, there are certain things that has entertained the fans though, and one among them is the sheer hitting from Liam Livingstone.

Match number 60 of the Indian Premier League (IPL) 2022 is being played between the Royal Challengers Bangalore and the Punjab Kings in Mumbai’s Brabourne Stadium, with the aim of making it to the playoffs for both the teams.

It was Faf du Plessis who won the toss and asked Punjab Kings to bat first. However, it was all Bairstow show in the powerplay, scoring his fifty, and adding 83 runs in the powerplay.

But, once Bairstow got out, there was tremendous amount of pressure of a collapse, but then came Punjab Kings’ star for the IPL 2022 so far, Liam Livingstone.

The English played carefully initially, but, once things settled, he showed his true colours, smashing the RCB bowlers out of the park. But he was unfortunately dismissed for 70 runs in the last over.

But, by then, he had already done his job, taking Punjab Kings to a total of 209 runs. Twitter was once again in praise for the all-rounder, like they have been throughout the season.

Liam Livingstone is the cleanest striker of the cricket ball currently.

I love AB but Livingstone is the best T20 hitter I have ever seen. I watch Punjab matches coz of him.

So good to see Liam Livingstone justifying his brute long range hitting talent in the IPL! 4th fifty of the season, scored 70(42) vs RCB tonight…also has many 30's…been a consistent performer for PBKS this season ❤️