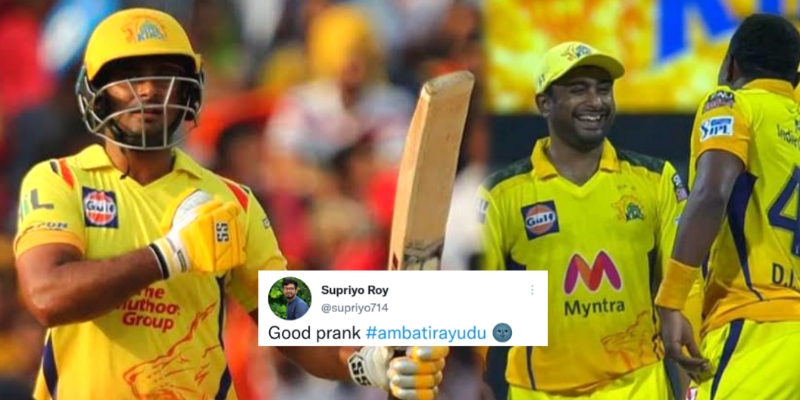 Chennai Super Kings (CSK) batsman Ambati Rayudu gave every CSK fan a heart-attck when the batsman took to his social media handle to announce his retirement, but in a more surprising news, he then deleted the post.

Ambati Rayudu is a ever reliant batsman for the Chennai Super Kings, batting at number 4 or 5, giving CSK that middle-order solidity, and playing important knocks and saving CSK inning several times.

But the right-hand batsman surprised every Chennai Super Kings fans when he took to his official social media handle to announce that he will be hanging-up his boots and retire from cricket, but also later on, went on to delete that post.

There is already much controversy regarding Ambati Rayudu, when he retirement from International cricket few years back after was not selected for World Cup squad, but then came out of retirement to play in the IPL and domestic cricket.

Rayudu has played a pivotal role for CSK, and him announcing retirement gave shock to CSK fans, but they felt relieved when the tweet was deleted minutes after.

Ambati Rayudu tweet about retirement
Then delete it
Everyone to 3D player-#ambatirayudu pic.twitter.com/Icw6GldYK5