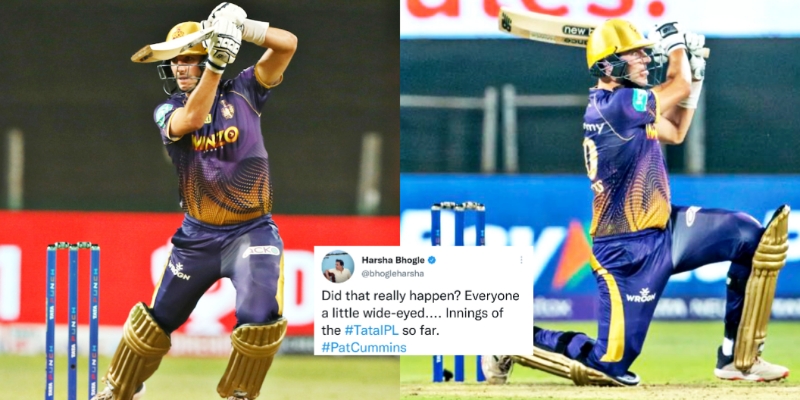 An exciting Kolkata Knight Riders vs Mumbai Indians match in the Indian Premier League (IPL) 2022 ended with sheer power hitting from Pat Cummins as the Australia pace bowler scored the joint-fastest 50 in the IPL history to guide KKR over the line.

Match number of 14 of the Indian Premier League (IPL) 2022 turned out quite a thriller as Kolkata Knight Riders (KKR) with sheer power hitting display from Pat Cummins.

First, he had a great stint with the ball, except for the death overs, as Mumbai Indians posted 161 runs on the board. Chasing the target, KKR never able to build a strong partnership.

While Venkatesh Iyer was continuing from one end, there was no proper support from the other end. Rohit Sharma kept his best bowlers aside keeping in mind Andre Russell, who was dismissed for just 10 runs.

That’s when everyone thought that Mumbai Indians has won the match, but never did they knew that there is a Carnage on the horizon. Pat Cummins played Mumbai’s pacers like he was playing local club bowlers.

Even Jasprit Bumrah was nothing in front of him tonight. He then hit the final push and took on Daniel Sams for 35 runs in the 16th over of the match and hit joint-fastest 50 in the history of the IPL and won the match for KKR.

Pat Cummins wins it for Kolkata Knight Riders, 56* from just 15 balls including 4 fours and 6 sixes – one of the greatest knock in IPL history. pic.twitter.com/Apk9L0cA6x

I really can’t understand how easy bumrah is for Pat Cummins. Hammers him.

Did that really happen? Everyone a little wide-eyed…. Innings of the #TataIPL so far. #PatCummins https://t.co/pVIWhJ9m9D