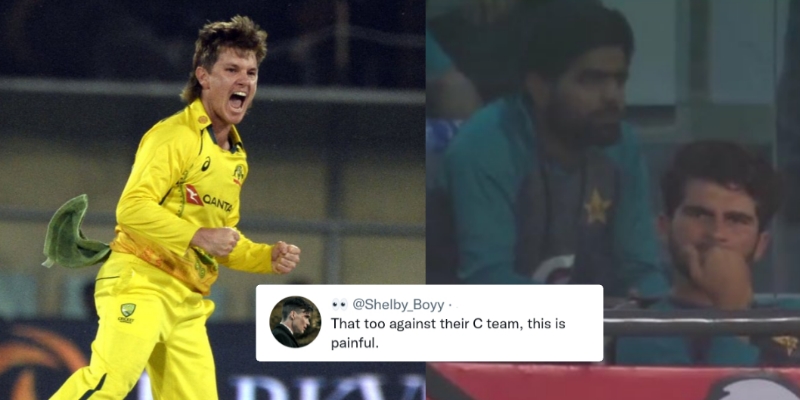 After their loss in the final Test, it was expected that Pakistan would come back well. Especially with Australia playing a depleted squad, Pakistan were all set to dominate. However, they lost the first game. In this article, we take a look at how Twitter reacted after Australia defeat Pakistan easily in the first ODI at Lahore.

Batting first, riding on Travis Head‘s ton, Australia posted 313 runs. Pakistan, too, started well, reaching 120 runs for the loss of just two wickets. However, there was a downfall and Pakistan could not recover. Adam Zampa did well for Australia, collecting four wickets.

Twitter was obviously reactive to Pakistan’s dismal show. Here is a look at a few of the Tweets:

That too against their C team, this is painful.#AUSvPAK https://t.co/bozaSN7Dzw

No Warner, No Smith, No Starc, No Cummins, No Hazelwood, No Maxwell – still Australia beat Pakistan in the first ODI.

Stat: Pakistan have now lost 10 consecutive ODIs against Australia, their last win came in 2017. They last won a bilateral series against Australia back in 2002 and need to win the next two matches to repeat the feat again. Tough times! #PAKvAUS

As a cricketer Ramiz Raja should know about strategy & team selection better, but there's something seriously wrong with his thought process. Very questionable decision making in series
Did he promise anything to Australia to make them tour Pakistan?#AUSvPAK #PAKvAUS #PAKvsAUS

Problem is with the mindset in 16 days of cricket there was not even a single moment when Pakistan team looked to put pressure on Australia, defensive mindset