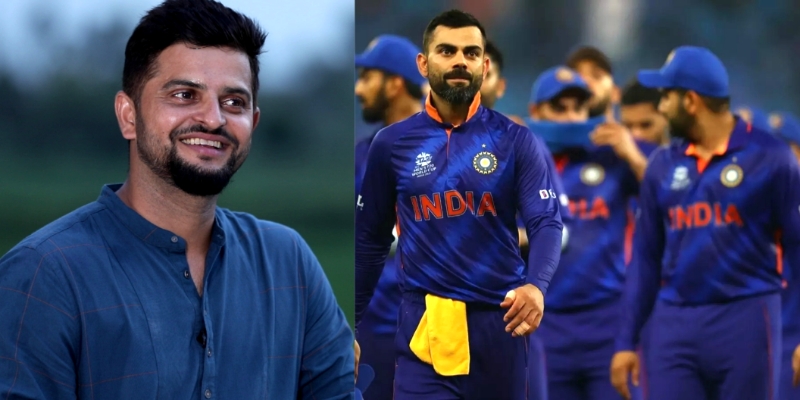 The Men in Blue haven’t won any ICC titles since 2013. And that’s the biggest talking point in Indian cricket right now. Even in the last T20I World Cup, India were knocked out of the Super 12 stage. Many ex-cricketers and analysts have their own opinions on that. Former Indian cricketer Suresh Raina also expressed his views on it.

Suresh Raina said at the Idea Exchange with the Indian Express that the main reason is the unavailability of the multi-dimensional players. Raina compared his times to the current Indian team, and pointed out the difference. He said that India used to have some batsmen who could also bowl. He particularly mentioned the names of Yuvraj Singh, Virender Sehwag, and himself as well. Raina said that the current Indian side is lacking the option of a sixth bowler.

The former cricketer added that the Indian team that won the 2007 T20I World Cup, the 2021 ODI World Cup and the Champions Trophy in 2013 had such batsmen in the team, who could also bowl a fair number of overs. The left-hander also revealed that in his early Ranji days, his coach (Gyanendra Pandey) used to ask him to bowl at least a few overs. And that seems lacking in the current team. And that’s what India needs to look at and work on.

“We did not have a sixth bowling option in the Champions Trophy and T20I World Cup,” says Suresh Raina

The veteran batsman pointed out that India did not have any six-bowling options. That’s the reason behind the losses India suffered in the 2017 Champions Trophy and the recently concluded T20I World Cup. Raina also explained how good Yuvraj Singh was with his all-rounder skills in the 2011 World Cup, which helped India win the title. He also gave the example of Aiden Markram of South Africa, who bowls 6-7 overs upfront for his team.

However, we saw Shreyas Iyer rolling over his arm during the ODIs in South Africa. The Indian legend also suggested that the team needed to find the bowling option in Shreyas Iyer and Suryakumar Yadav. And if needed Rohit Sharma could also bowl few over.