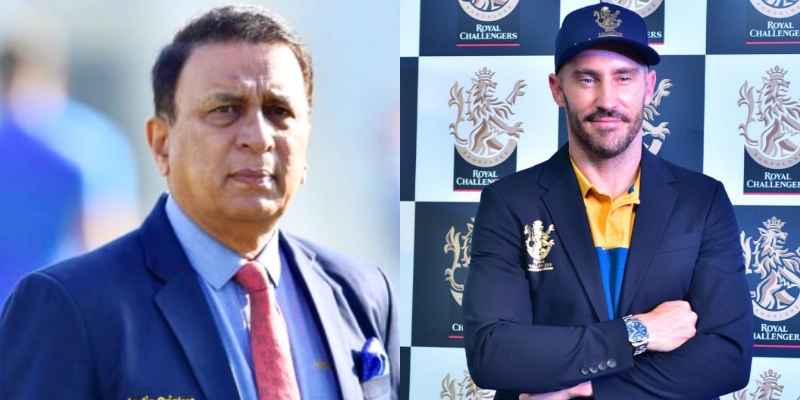 After former Indian captain Virat Kohli decided to step down as the Bangalore based franchise’s captain following the IPL 2021, the RCB has had to think hard for the perfect player to take on the duties from Virat.

While Shreyas Iyer was likely the best option available in the Player Auction, they failed to capture his services and instead went ahead with Faf du Plessis, but to fend off a challenge from the Chennai Super Kings (CSK) to get his services for what is whopping 7 crore.

After the auction, there was a major confusion among RCB fans as to who will lead the team after Virat, but the franchise officially announced, on the 12th March during a live event that Faf du Plessis will taking the team forward from Kohli.

He stated that Faf has good experience of captaining a team, he has good leading qualities since he has led the South African team in the past and called it a terrific decision. “A terrific decision by RCB to hand over the captaincy to Faf du Plessis,” said former Indian cricketer.

He also opined that Faf du Plessis should open the inning for Royal Challengers Bangalore and lead the team from the front, the role he had with Chennai Super Kings (CSK), for whom he played in the IPL 2021.

Faf had a great IPL 2021, finishing as the 2nd most run scorer of the tournament with 633 runs, behind his teammate Ruturaj Gaikwad, who scored 635 runs. Plessis was the hero in the final against KKR.