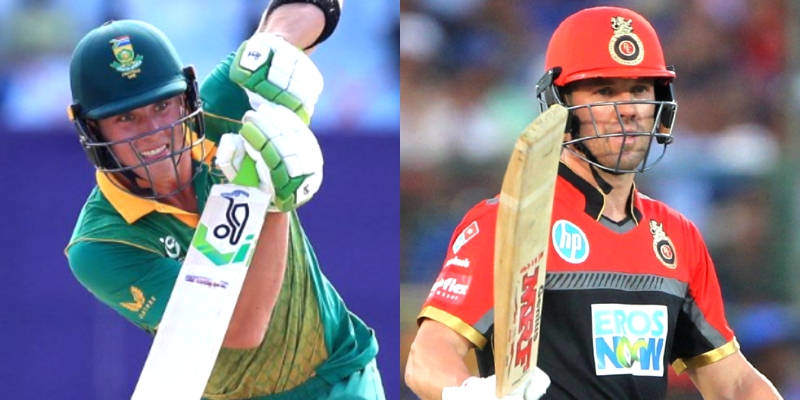 18-year-old Dewald Brevis is coming out as not only South Africa, but also as world’s one of the top youth prospect, is nicknamed after AB de Villiers due to many similarities.

Dewald Brevis is currently participating in the ongoing U19 Cricket World Cup 2022 being played in West Indies. The right-hand batsman has gained fame during the tournament.

Dewald Brevis is nicknamed after South Africa’s one of the greats AB de Villiers. Brevis is called as “Baby AB” by his teammates and close ones due to batter resembling South Africa legend ABD by a lot.

Dewald Brevis plays shots like as identical as AB de Villiers and as because of that, he is already being called as the next AB de Villiers of South African cricket.

The 18-year-old has expressed that he is looking to take part in the IPL in future, but playing for South Africa remains his first priority. He recently spoke with the ICC official media team where he disclosed his desire to play in the IPL.

The rising star mentioned that he would to like to play for the Royal Challengers Bangalore (RCB) in the IPL, stating, “I would love to play for RCB because AB (de Villiers) and (Virat) Kohli are there,” but playing for the South African team will remain his priority said Brevis.

He further added that not only does he wants to play in the IPL, but he would also like to play in other T20 competitions as well and wants to be recognised as a all-rounder with his leg-spin bowling.

Note that the youngsters picture has also gone viral on Social Media in which he is seen wearing the RCB jersey.

Dewald Brevis just had an amazing U19 Cricket World Cup 2022 where he is currently the leading run scorer with 362 runs from 4 matches with an average of 90.50. He scored 1 century and fifty plus score in all of the matches that he played before South Africa were knocked out in the quarter-final by England.