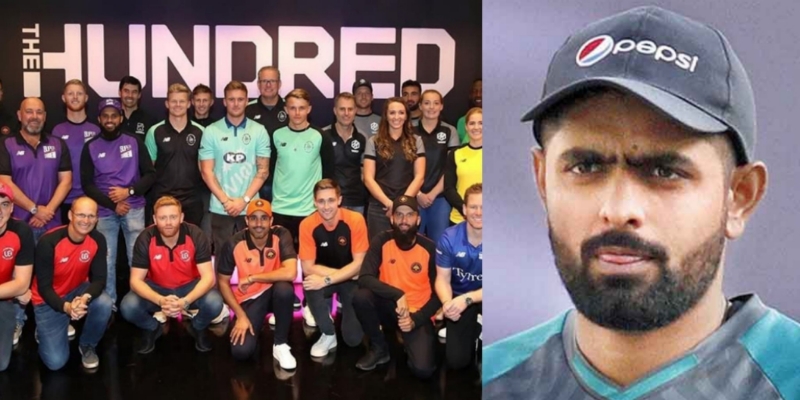 It was a big talking point among the entire cricket universe when Pakistan cricket team’s captain Babar Azam was not picked the ‘Th Hundred’ player draft held on the 5th of April.

The Hundred, organized by the England and Wales Cricket Board (ECB) has emerged as quite a famous cricket league after its first season was played in 2021. The tournament features some of the top players from the England’s domestic system as well as some top players from around the world.

The amount of excitement that the league has garnered due to its extraordinary format and out of the world cricket rules, the ECB is set to hold its 2nd season this year, likely during July and August.

And before the 2nd season of the competition is played, the England and Wales Cricket Board (ECB) held a players’ draft on the 5th of April. While some great players got selected, some top players were also not picked by any of the teams.

And one such big name who was not picked during the draft is Pakistan cricket team’s captain Babar Azam, who is recently in very good form, particularly in the ODI series against Australia.

Now, a source has opened up on Babar Azam not getting picked. The source confirmed to The News earlier that Babar Azam did not apply for the NOC to play in the domestic, which means that he had no interest in playing in The Hundred.

It further added that Babar’s preference is to stay away from hectic commitments and fully focus on the upcoming International series during the summer.

It must be noted that Pakistan has number of International series scheduled during the summer and that’s why he might not been available for the entire competition if he was picked.

“Give me Babar, Virat and nine pieces of wood”, Former Pakistan cricketer names his recipe for a World Cup-winning squad
“Surely he will be in the mix for World Cup” – Ravi Shastri names a player who can find a place in the Indian T20 WC squad
To Top