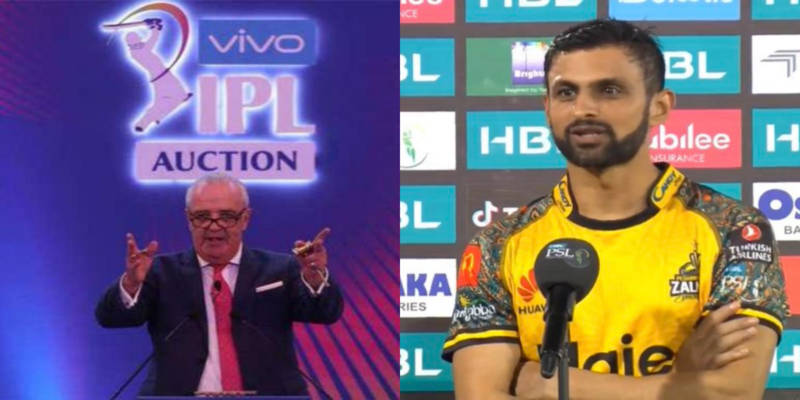 There is always some speculation among the fans about which T20 league is better in the world. But figures suggest that IPL is miles ahead of its competitors. However, the Pakistan Super League is also in a race to compete against the Indian cash-rich league. And after the huge success of the PSL 2022, the PCB Chairman, Ramiz Raza, wants to make it bigger and more exciting from next year onwards.

The PCB Chairman wants to introduce the auction system to the PSL instead of the traditional player draft. As per Ramiz, this will make it more interesting and most of the players want to come and play in the PSL. On the other hand, veteran all-rounder Shoaib Malik also came out in favour of the auctin model in the PSL. Mailk said that through the auction, players from across the world will be attracted to the PSL. He also stated that it would surely add a boost to the brand value of the league.

In an interaction with Cricwick, Malik expressed that Pakistan had taken some big steps in making the HBL PSL better. He went on to say that the auction system would help the PSL compete at the level of the Indian Premier League. Pointing to the auction model, he said that PSL needs it to attract big names from around the world.

On comparing it with the IPL, Malik said that the IPL was started many years before the PSL and now it is a complete product. He further concluded that to increase the brand value, PSL should move on to the next level. He said, “We can put a limitation on the salary cap or something, but this is the need of the hour.”

Shoaib Malik represented Peshawar Zalmi in the last edition of the PSL. The all-rounder was phenominal with the bat in the tournament. Malik scored a total of 401 runs at an average of 44.55 in the 11 PSL matches he played. He also helped his team qualify for the playoffs. In fact, he was the fourth highest run-scorer in the tournament.

The seventh edition of the HBL PSL saw a profit of 71% in total, which was the highest in the history of the tournament. And in the end, it was Lahore Qalandars who won the finals and their maiden PSL title by defeating Multan Sultans in the finals.