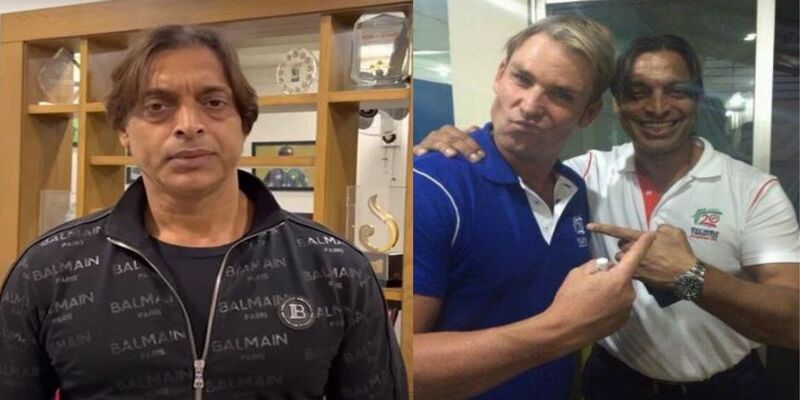 Cricket has seen some of the greatest players in the history of the game. However, when it comes to the greatest of all time, there are a few names who have completely changed the game with their own performances. Former Pakistan Pacer, Shoaib Akhtar, has also given his opinion on this matter. Talking to an Indian YouTuber, Tanmay Bhat, on his YouTube channel, Akhtar named three players whom he thinks are the “GOATs” of the game.

Shoaib Akhtar is very active on social media and is known for his bold predictions and opinions on the game. The “GOAT” term is used for the person who is best in his profession or greatest of all time. And that’s what happens in football as well. Fans are divided into two sections between Lionel Messi and Cristiano Ronaldo. And in the game of cricket, there are a few names that come to mind when anyone talks about the “GOAT” term.

Shoaib Akhtar names three players as the “GOATs” in cricket

However, the former Pakistani speedster was in a discussion about Shane Warne‘s tragic death with the YouTuber. Akhtar said that he was a close friend of Warne and that the leg-spinner was one of the best in the business and a great human being. Furthermore, adding to that, he said that it was shocking news because the leg-spinner was too young. He was devastated to learn of his death; he died far too soon.

Akhtar also said that he was one of the greatest person to play the game. He named two more players as the “GOATs” in cricket. He said, “Wasim Akram, Sachin Tendulkar, and Shane Warne. These three will go down as three greatest cricketers in the history of cricket.“

Warne was a larger-than-life figure both on and off the field. He has inspired generations of fans. On March 4, he was found unresponsive at the Thai villa where he was staying with friends. The sudden death of the best leg-spinner, has shocked the whole world.